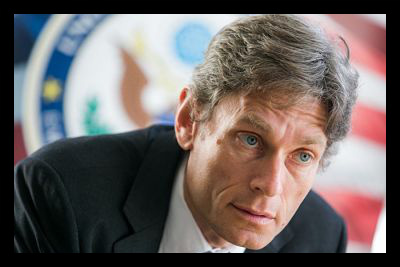 Bahrain’s government, which until now has maintained good relations with the United States despite being accused of widespread human rights violations over the past three years, has expelled U.S. Assistant Secretary of the State for Democracy, Human Rights and Labor Tom Malinowski from the nation. Bahrain’s expulsion came after Malinowski’s recent meeting with the opposition group, Al Wefaq. The group is fighting for more representation for the Shiite majority in Bahrain’s politics.

The ministry claimed that Malinowski “met with a particular party to the detriment of other interlocutors,” and deemed the meeting as interference with the nation’s internal affairs. Over the past few years, the Bahrain government has used extreme forces to inhibit protests against the Sunni royal family, including beating and jailing dissidents and calling in help from the Saudi Arabian army. Nevertheless, Malinowski attributes his expulsion to the government’s attempt at “undermining dialogue,” and urges opposition groups to continue toward reconciliation.

Scheduled to last for three days, Malinowski’s stay in Bahrain has been cut short thanks to his removal. While he is still on their grounds, he will not be meeting with government officials. Though Malinowski’s stance may seem surprising to some, his previous experience may shed further light.

Malinowski, who served as the director for Human Rights Watch’s Washington, D.C. branch, wrote a dispatch in 2012 titled “Bahrain: Prison Island,” in which he highlighted many of the crackdowns on Arab Spring protests. “Police torture and abuse have simply moved from police stations to the alleyways and back lots of Shiite villages,” he wrote. “Though their convictions were based on nothing more than the content of their speeches and participation in meetings and rallies challenging the monarchy.”

The visit, which was coordinated in advance and was meant to strengthen ties between the two countries, has “deeply concerned” the United States government. Noting these recent actions are “inconsistent” with their previous relationship, the United States insists the Bahraini government was “well aware” that the U.S. met with all officially-recognized political societies, including Al Wefaq. Nevertheless, their decision to expel the Assistant Secretary remains adamant, causing many to question the future of the two countries’ relationship.