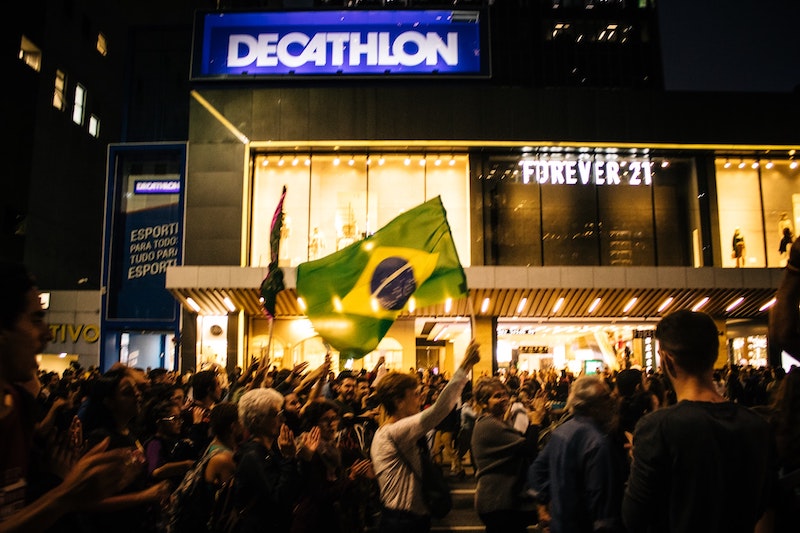 On October 3, 2022, the first round of the Brazilian presidential election ended with no candidate having received a majority of the votes. Two radically opposed candidates will ultimately dispute the race: incumbent President Jair Bolsonaro and former President Luis Inacio “Lula” da Silva. Although both have made promises to curb poverty amid Brazil’s economic woes, Bolsonaro’s rhetoric regarding the issue has noticeably increased in an attempt to garner votes ahead of the runoff election in Brazil on October 30, 2022. Through a mix of policy and speeches, Bolsonaro has sought to reinvent himself as the candidate for citizens living in poverty in Brazil, a role that Lula traditionally held.

Bolsonaro’s primary poverty relief program, Auxilio Brasil, is actually a modified version of Lula’s famous Bolsa Familia Program. Auxilio Brasil gives the poorest 17 million Brazilian citizens the equivalent of $71 per month, provided parents ensure their children are vaccinated and in primary school. This was nearly double the amount that Bolsa Familia, the original version of the social welfare program that Lula created, gave Brazilians. In doing so, Bolsonaro can not only claim to represent the fight against poverty in Brazil but co-opted one of his adversary’s most significant works of public policy.

With the election in Brazil looming, Bolsonaro’s anti-poverty program has moved to the forefront of his campaign. After the contest between him and Lula went to a second round, the incumbent said that he would be moving Auxilio Brasil payments scheduled for the end of the month to the first two weeks of October. In addition, he temporarily increased the amount of money given by the program from R$400 to R$600 while giving citizens a gas voucher. Both Lula and impeached President Dilma Rousseff have called the payments a blatant manipulation of public funds, but the Supreme Court has upheld Bolsonaro’s decision.

Bolsonaro and Poverty in Brazil

Bolsonaro has also made poverty in Brazil a key point in his campaign speeches as he attempts to portray himself as a defender of Brazil’s poorest citizens. Visiting Duque de Caixas in Rio de Janeiro, Bolsonaro spoke of the increase in funds under Auxilio Brasil, low gas prices and “no corruption… and high economic growth for the 12th week in a row.” His point, while on the surface praise of his good governance, is also a jab at Lula, who went to jail for his involvement in Brazil’s infamous ‘Lava Jato’ corruption scandal before the annulment of his sentence.

The Fight Between Bolsanaro and Lula

Presenting a strong economy is key to Bolsonaro’s handling of poverty in Brazil, as the economy has suffered greatly during his term. The President’s handling of the COVID-19 pandemic left nearly 700,000 people dead, and temporary quarantines hampered the Brazilian economy. In 2020, Bolsonaro saw Brazil’s poverty rate increase from 4.5% to more than 12%, with nearly 9.6 million people sliding into poverty. Lula’s platform has taken advantage of this, promising a total overhaul of Brazil’s welfare system and a debt forgiveness program. Bolsonaro struck back, saying Lula’s program of giving “a barbecue to every Brazilian” was “simply impossible … a lie.”

Ultimately, it will be up to voters to decide whether Bolsonaro has made a convincing argument for why he is the best choice to tackle poverty in the election in Brazil on October 30. The country’s poorest region, the northeast, is the part of the country which voted for Bolsonaro the least, indicating campaigning on the topic of poverty is still vital if he wants to overcome Lula. Currently trailing in the polls, only time will tell if his election strategy will earn him a second term in office.