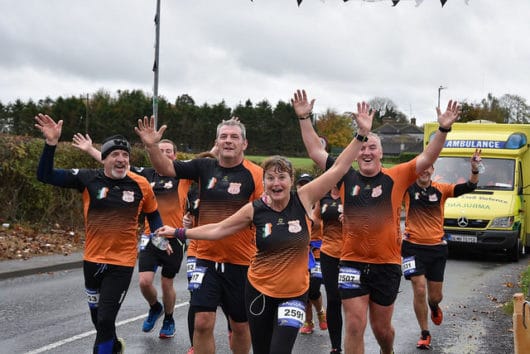 Each year, the Charities Aid Foundation (CAF) publishes the World Giving Index, highlighting the most generous countries in the world pertaining to how they respond to polls and research conducted by Gallup.

According to the 2018 Index, the most important questions were: In the past month, have you helped a stranger or someone you didn’t know who needed help? Donated money to a charity? Volunteered your time to an organization?

Top Five Most Generous Countries in the World

CAF tallies the scores and produces rankings for each. In the article below, CAF’s top five most generous countries in 2018 are presented.

The Irish received high marks in helping a stranger and donating money, as 64 percent of pollsters saying yes to doing both in the last month, but only 40 percent affirmed that they had volunteered their time, bringing them down to fifth.

This ranking marks a three-spot improvement from 2017’s World Giving Index when the country came in at number eight.

The Charities Regulator regulates the charity sector to ensure no malpractice or gross negligence on part of the charities and nonprofits operating in the country.

The U.S. comes in at number four this year, a one spot improvement from last year’s index. Similar to Ireland, the U.S. received high marks in the helping a stranger and donating money categories, at 72 percent and 61 percent respectively. However, only a mere 39 percent of people said they volunteered their time.

Though the U.S. comes in at number four this year, they are number two on CAF’s five-year average list.

It’s important to note that only around 1 percent of the U.S. budget goes to foreign assistance, so even though the citizens of the country should be proud of themselves, there is still a lot of work to do to alleviate poverty around the world.

Coming in at number three on the list of the most generous countries in the world is an island country in the southwest Pacific, New Zealand. This is a one-spot bump for New Zealand from landing at fourth in 2017.

The runner-up on the list of most generous countries in the world is New Zealand’s neighbor, Australia. Almost 65 percent of people from the country helped out a stranger, 71 percent donated money and 40 percent of them donated their time.

The number two spot represents a four-spot jump for the country from 2017. Like the other nations on the list, Australia is ranked in the top ten for the five-year average index as well, landing in the number four spot behind their neighbor, New Zealand.

Like Ireland, Australia has an organization devoted to monitoring and aiding charities and nonprofits called the Australian Charities and Not-for-profits Commission (ACNC).

Unlike Ireland’s Charities Regulator, however, the ACNC is endorsed and operates under the Australian government.

While only 46 percent of Indonesian residents say they helped a stranger in the last month, a whopping 78 percent say they donated money and 53 percent say they volunteered their time, making Indonesia the only country in CAF’s top 20 to break the 50 percent mark in this category.

The number one spot represents a one-spot raise from last year’s rankings where the country was number two, behind only Myanmar. Indonesia ranks seventh in the index’s five-year average.

It could be expected to see countries like the United States and Australia toward the top of the list. These countries are quite wealthy, but perhaps the most astonishing thing about Indonesia coming in number one is that the country is quite poor. Despite having a steady economy and labor force, 40 percent of the country lives below the poverty line, making their number one ranking even more impressive and inspiring.

These five nations listed in the article as the most generous countries provide a good example for other countries to increase their work in helping the people in need and eradicating world poverty.