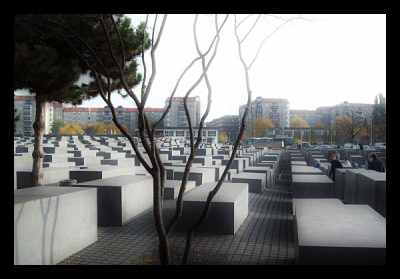 In 1986 when a committee in Oslo, Norway, awarded Elie Wiesel with the Nobel Peace Prize, they named him one of the “most important spiritual leaders and guides in an age when violence, repression and racism continue to characterize the world.” More than twenty years later, this sentiment still rings true. While the world continues to change, Wiesel’s testimony of peace, atonement, and human dignity holds; the opposite of love is not hate, it’s indifference.

Born on September 30, 1928, in Sighte, Romania, Wiesel was raised in a devout Jewish family. When Elie was fourteen years old, the deportation of Hungarian Jews began. Subsequently, Elie and his three sisters and parents were packed into wagons and transported to Auschwitz.

The screams of a madwoman and the smell of burning human flesh greeted the Wiesels. This would be the last time Wiesel saw his mother and youngest sister, who were sent into gas chambers after “selection.” This moment would haunt Wiesel for the rest of his life.

His father later died while being transported to Buchenwald. Despite the horrors endured by Wiesel during his time in Auschwitz, Wiesel remains startlingly altruistic. His main concern was never to seek revenge, but to prevent the recurrence of the events. His books give an eyewitness account of the horrors undertaken by the Nazi Regime while analyzing the reasons behind the events.

Wiesel aims to awaken the consciousness. It is not the number of the victims, nor the human slaughter factories that Elie Wisel wants us to address. It is the ease in which people so quickly adopted a philosophy in which being a Jew was a crime.

He does not want to gain sympathy from the world, because what has happened, happened. Rather he wants an answer to the question: what are we doing now to prevent it from happening again?

Elie Wiesel was released from Buchenwald in the spring of 1945. With other Jewish children, he was sent to France and studied at the Sorbonne until he left for the U.S. to become a journalist.

Tormented by his time in Auschwitz, it took Wiesel ten years to finally put his experience on paper. His first novel, Night, was written in Yiddish with the simple intention of being a coping mechanism; it has now sold over 6 million copies and has been translated in over 30 languages.

Wiesel’s story, which initially would not be published because many deemed it too depressing, is now one that inspires people from all backgrounds. His message has attained a universal degree. It is the communication of human to humankind. The fight for freedom and human dignity is not an isolated case that we have now overcome, but is an ongoing lesson to never forget the past.

Elie Wiesel is an honorary professor at City College in New York and also holds a professorship in humanities at Boston University. He is the leader of the American Holocaust Commission, and has written 26 full-length books.

Wiesel at one point had been reduced to a number on his wrist, prisoner A 7713. Today, rather than embarking on a mission of revenge, he says, “I will conquer our murderers by attempting to reconstruct what they destroyed.”

No description of the death camps could ever accurately portray what unfolded within them, and any attempts would seem to shame the dead. Remaining silent, however, would be an even greater betrayal. With that, Wiesel took pen to paper and spoke to the world. The dead, ultimately, should not have to die in vain.

Elie Wiesel, when finally released, stared at his skeletal figure reflected in the mirror, and could only ask, “why me?” The only answer to that question was to speak of the horrors that occurred. As a seventeen-year-old boy with little education, his voice was not loud, and his words were not complex. Nevertheless, they were said, and more importantly, they were heard.

The power and tenacity of the human spirit was tested during the dark years of 1939 to 1945. Though many may be tempted to believe that the unthinkable shall never repeat, compliance and silence cause us to quickly forget. But we must remember, as Wiesel teaches us, that those who do not remember the past are doomed to repeat it.