Tag Archive for: Attacks on Palestinians 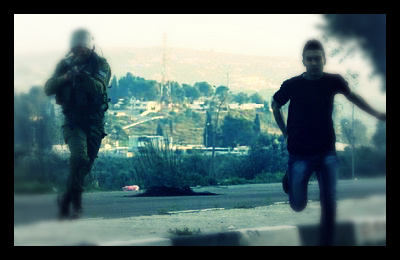 Tensions between Israelis and Palestinians continue as settlement laws are disregarded and violence intensifies. According to the United Nations, the number of attacks on Palestinians by Israelis has quadrupled in eight years.

As per figures recorded by the U.N., the drastic increase in number of attacks jumped from 115 in 2006 to 399  in 2013. Besides attacks on people, there has also been a significant increase in the number of defacing and/or demolishing of buildings. This epidemic seems to be unresolvable with police forces on both sides remaining more loyal to the advancement of their own people rather than the adherence to laws and protection of all from violence.

The settlement of Israelis in the West Bank is against international law, but 500,000 settlers remain there. More needs to be done in order to cease fighting, and while leaders denounce the violence, they tend to be lax on the issue of settlements. As Gadi Zohar, a former Israeli army commander, puts it, “There is not enough pressure from the prime minister, the defense minister, the interior minister to prevent this.”

The Israeli police force, or the IDF, has a duty to interfere and stop any attack by one person on another, regardless of nationality. With such strong negative sentiments toward each other from the Six-Day War in 1967 and conflicts ever since, the judgments of the IDF seem to be clouded as they lean towards protecting Israeli settlers on Palestinian territory.

One of the most recent acts of violence started with Palestinians beating and holding Israeli settlers in the village Qusra, located in the northern region of the West Bank. This provoked and led Israelis to defacing a mosque, writing, “Arabs Out” and “Revenge for blood spilled in Qusra” in Hebrew. The mosque was also set on fire, along with several olive trees and cars.

This violence has been rumored to be a part of what Palestinians call the “price tag” campaign. This name was coined to describe a string of violent actions committed by Israelis against Palestinians, which are carried out with the ultimate goal of seizing the West Bank. So far, the campaign has reportedly gotten half of the land back to Israeli villagers, as soldiers do not really try and stop attacks.

With both Israelis and Palestinians resorting to violence to try to gain control of or keep what land they believe to be their own, a resolution seems far-reaching until strict actions are taken in order to end violence and draw concrete borders. It is rumored that Israel plans to build 1,400 homes in the West Bank in 2014, but Foreign Minister Avigdor Lieberman states that Israel is ready to negotiate and “Israel is making great effort to allow the dialogue with the Palestinians to continue.”