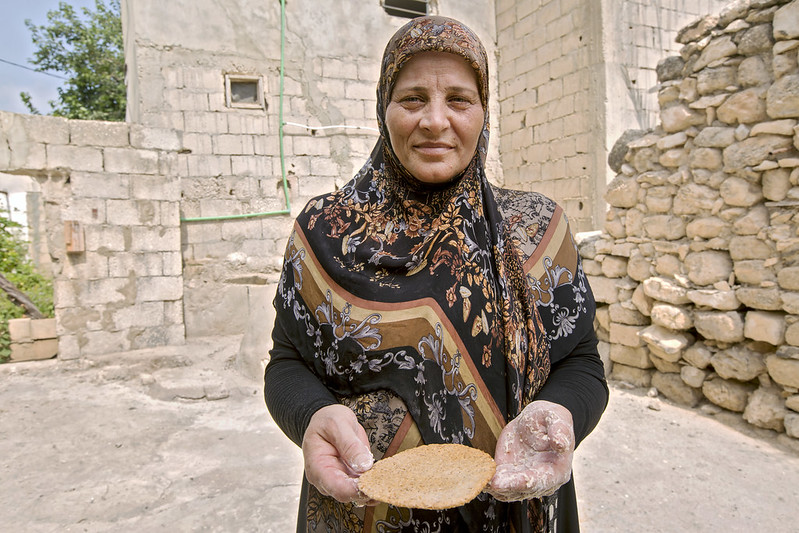 The Lebanese non-governmental organization (NGO) Atayeb-Al Rif or Rural Delights in English, is committed to rural development and economic opportunities for women in Lebanon. Since its founding with the funding of USAID, Rural Delights in Lebanon has partnered with worker cooperatives to employ women in processing traditional Lebanese treats and trinkets such as jams, syrups, dried fruits, honey, olive oil and molasses. The organization also offers business training to Lebanese women as part of its services.

In an interview with The Borgen Project, May Traboulsy, Chairperson at Rural Delights, commented on its mission of economically empowering Lebanese women; “Our mission focuses on empowering women socio-economically, but also touches on other players in the sector of food processing, such as farmers and refugees, through productive activities as food processing, while enhancing women’s role at the level of their communities as well as at the level of relevant value chains.”

Rural Delights in Lebanon and its emphasis on job opportunities for women could be a welcome step to alleviating national poverty especially as the country is experiencing negative economic growth. The country’s unemployment rate as of 2021 stands at 14.5%, while inflation skyrocketed to 154.8% in the same year.

Rural Delights in Lebanon, therefore, plays an important role in the economic empowerment of women to reduce poverty through the creation of economic opportunities and entrepreneurial skills Rural Delights in Lebanon focuses on. Traboulsy commented on the importance of women’s economic participation in the same interview by stating that “AAR considers that when women are capacitated to become productive members within their society, this, in turn, provides them with empowered tools that could elevate their livelihood, improve resilience and therefore reduce poverty by translating women’s actions into income-generating activities.” Rural Delights in Lebanon has not only committed itself to reduce poverty through increased female labor participation but its current activities on the ground have achieved concrete results.

Rural Delights in Lebanon has initiated a number of projects achieving concrete economic gains for women in business. The Biocoop program, which USAID funded, has focused on vocational training for women. This project aimed to increase labor skills for women in food processing, hygiene, general health practice, good manufacturing practice and marketing practice. Such a program can reduce poverty through the skills it offers women to succeed in business generating more income-earning opportunities and higher living standards over time.

Rural Delights in Lebanon also launched the Stimulating Markets program from 2002-2006 with funding from USAID. This project meant to create more food processing centers for women to work in and boost production, benefiting 2,500 rural Lebanese women and 36 rural communities. The project also achieved the establishment of 37 food processing centers and five production farms, expanding economic opportunities for women in the process to contribute to poverty reduction.

Rural Delights in Lebanon has not only focused on the establishment of businesses that create opportunities for women but also implemented programs to ensure they remain competitive in the national and regional economy in the long term. The Sustainable Opportunities for Fair Trade project, with funding from the Middle East Partnership Initiative, worked with 22 female worker cooperatives in Lebanon to promote entrepreneurial skills and business acumen for women. The project featured training on managerial work, fair trade practices, international norms and standards, supply management, purchase of production equipment and participation in local and foreign food shows to prepare women to compete in the national and regional economies.

Traboulsy commented on the project and its aims by stating that “In that project, 14 food-processing cooperatives and 8 small-to-medium entrepreneurs were targeted. The project aimed to reduce the producers’ cost of production, expand their market linkages and enhance their know-how and practice in product/ business development.” Such a project shows how Rural Delights in Lebanon has committed itself to both creating opportunities for women itself and going beyond to ensure women possess the skills to succeed and grow their businesses in the long term with respect to the food processing industry being the most productive and contributing to poverty reduction.

Rural Delights in Lebanon has two major projects currently underway that will conclude at a later date. The first is the Five Year Project (2020-2025), called Promoting Sustainable Livelihoods Project. Traboulsy commented on the project and its goals by stating; “This project is funded by USAID and aims to improve the livelihoods of residents of target municipalities across Lebanon by improving and/or upgrading existing assets through training, technical assistance, infrastructure rehabilitation, and access to markets. The project’s goal is to improve the livelihoods of 31,500 households across 105 municipalities in the North, Bekaa, South and Mount Lebanon areas.” Such a project underscores Rural Delights’ commitment to promoting the sustainability of women-led businesses and workers once opportunities are first created to ensure maximum productivity in the long term to reduce poverty.

The second project, which launched in 2019 and will last until 2022, is the Women’s Economic Empowerment Project. It received funding from Canada and in partnership with the Maowad Foundation. This project aims to further promote economic opportunities for women and raise awareness about the importance and value of female labor participation in economic development and poverty reduction.

Traboulsy commented on the goals of this project by stating that “The WEP project aims to (1) Increase local awareness and support to women’s rights, notably economic empowerment and right to decent work, (2) boost local recognition of women’s role in non-traditional economic development and (3) foster competences of local women, individuals and groups, to access the market based on competitiveness and innovation in selected value chains.” This project further shows Rural Delights’ goal of promoting the role of women in the economy and recognizing its importance for poverty reduction by achieving higher living standards and more economic development overall when half of a country’s population is part of the workforce.

Rural Delights since its creation in 2002 has launched a number of ambitious projects that have created economic opportunities for women previously unavailable in Lebanon. Given the economic problems Lebanon is experiencing, Rural Delights is providing opportunities at an important time and improving the quality of life for Lebanese on the ground who its activities impacted. As a nonprofit, it can serve as a testament to the importance of a vibrant civil society to have NGOs on the ground doing the work to reduce poverty and improve quality of life, and to have an environment where more NGOs can thrive and accomplish similar goals to reduce poverty.