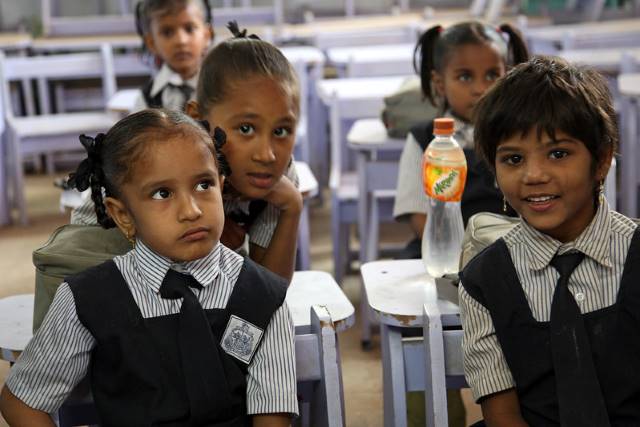 India’s people have long struggled with poverty as a developing country, despite being one of the world’s fastest-growing economies. Coupling overpopulation with a lack of resources, poverty is a common sight on India’s streets. Circumstances of poverty particularly exacerbate the conditions of girls’ orphanages in India.

According to a 2016 report from the World Bank, one in five Indians suffers from poverty, totaling 270 million people. These Indians have less access to water and sanitation, job opportunities and education in comparison to their wealthier counterparts. A ramification of this level of poverty is that there exists an entire untapped population of Indians who could be contributing to the economy and the country in several ways, but instead, are forced to live on the streets with their basic needs unmet.

In the last few years, India has made some progress in addressing one of its greatest issues. The United Nations Development Programme (UNDP) reported that, from 2006 to 2016, India’s poverty rate almost halved from 55% to just 28%. Since then, India has been working toward lifting more people out of poverty and adding jobs to its economy.

However, COVID-19 has set the country back in its poverty alleviation efforts. As one of the countries particularly hard hit by the pandemic and the Delta variant, India has taken a step backward as more people descend into poverty.

Because of gender-based cultural bias and economic pressures, the majority of orphans in India are girls. According to UNICEF, India is home to 31 million orphaned children. The Times of India reports that nine out of 10 abandoned children are girls. In some parts of India, parents view girls as burdens because, for one, their dowries for marriage are costly.

For this reason, some girls face abandonment and are put into orphanages, adding to the already high number of existing orphaned girls. Shockingly, “nurses have been known to accept bribes to exchange baby girls for baby boys.” Furthermore, activists draw attention “to eight million missing girls” — the estimated “number of female fetuses” possibly “aborted over the past decade due to their sex.” Due to the extensive number of orphaned girls, orphanages often do not have enough resources to adequately take care of the girls.

One organization is doing the important work of helping India’s most impoverished. The Association for India’s Development (AID) has programs throughout different sectors in India, with a network of volunteers helping to uplift and empower Indians.

One of AID’s programs, in particular, surrounds helping girls’ orphanages in India. The Borgen Project spoke to AID’s Project Manager Sid Muralidhar to talk about his experience and how individuals, and the nation at large, can better address poverty in India. “A few of the biggest factors that contribute to India’s high poverty rate are social inequality and lack of access to quality education,” Muralidhar says. “There are very rigid class divides and remnants of the caste system still exist,” which limits social mobility. Without intervention or aid, an individual that is born in poverty is typically likely to remain in poverty.

As project manager, Muralidhar worked with an all-girls orphanage in the village of Badlapur to provide the girls with resources and raise money for the organization. He says the orphanage has suffered negatively from demonetization and the girls live in poor conditions because of the lack of resources.

Taking Action and Hope for the Future

When asked about what steps to take to address poverty and help girls’ orphanages in India, Muralidhar provides a comprehensive answer. “Poverty in India is a pernicious problem that requires broad-based and creative solutions.” Further, in spite of India’s status as “one of the fastest-growing global economies” before COVID-19, “the economic gains” are not “shared equally,” he says.

Muralidhar explains that the Indian “government can attempt to alleviate this widening gap by boosting social welfare programs as well as investing in public education.” He suggests that, in the meanwhile, “people interested in the issue and those who want to be conduits of progress should continue to educate themselves and others to grow the grassroots effort.”

Despite barriers to progress, Muralidhar adds that there is still hope. He said one of the most striking observations he made was the girls’ “extreme resiliency” and “eternal optimism” despite their situations. While COVID-19 has no doubt exacerbated the country’s poverty and negatively affected girls’ orphanages in India, AID exemplifies that there is still potential to continue previous progress made.