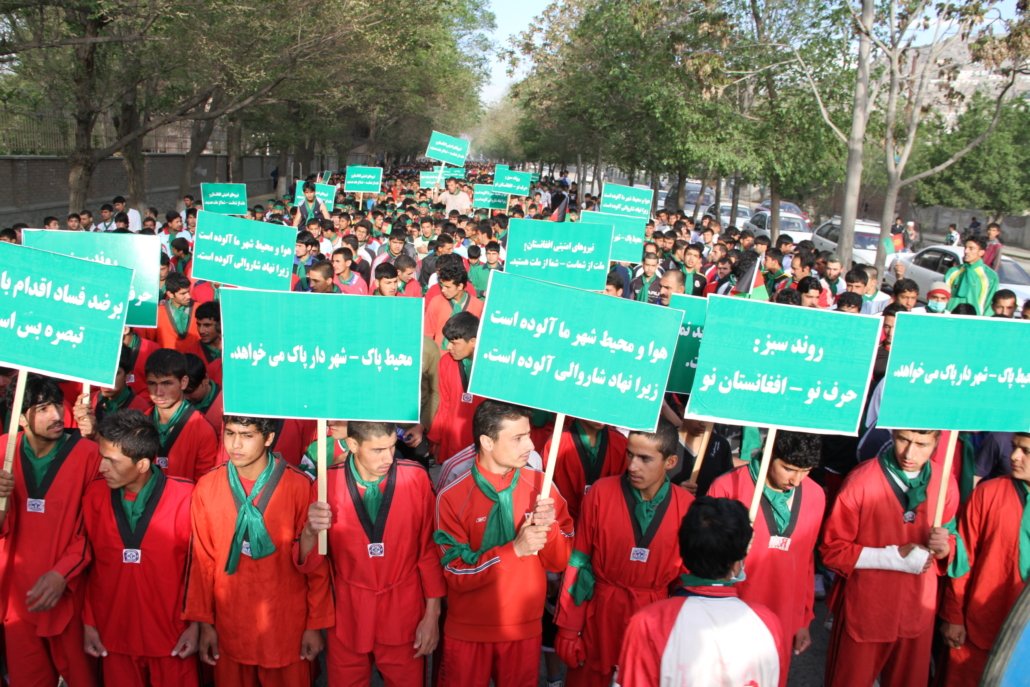 War has plagued the Islamic Republic of Afghanistan, a South Asian nation of approximately 35 million people, for 40 years. The near-constant state of conflict produced immense corruption, which persists during the extended NATO mission there today. Listed below are 10 facts about corruption in Afghanistan.

10 Facts About Corruption in Afghanistan

The above 10 facts about corruption in Afghanistan portray a long, fraught road toward halting persistent abuses of power. However, they also provide hope for Afghanistan’s future. Progress is slow, but Afghanistan’s civil society, President Ghani’s ACJC and youth programs have opportunities to stamp out corruption. The new commander of Afghanistan’s police force, General Khoshal Sadat, has energetically devoted himself to legitimizing police activities as well. Corruption abounds, but Afghans understand that it does not have to.

The presidential elections in Afghanistan constitute the first time in the country’s history where power will be transferred democratically, but that’s not to say it’s without its own troubles. Voting began April 5, 2014, a second round was held on June 14, and the final results are expected July 22.

The two main candidates were former-finance minister Ashraf Ghani and former-foreign minister Abdullah Abdullah. The preliminary results show a win on Ghani’s part, but Abdullah believes that the election had votes rigged in favor of Mr. Ghani. Abdullah claimed he would declare himself president if this issue is not further looked into. Currently, both candidates have claimed victory.

One main concern for fair voting is that although there are only 12 million eligible voters, about 20 million registered voting cards went into circulation during the elections. The United Nations had created a plan to audit about 43 percent of the votes cast, but Mr. Abdullah did not find the plan acceptable, and wished for about half of all votes to be audited instead. The Abdullah campaign also wants foreign officials to conduct the audits, or for current president Hamid Karzai to replace the head of the Election Complaints Commission, who is seen as pro-Ghani.

U.S. Secretary of State John Kerry took a trip to Afghanistan to act as a mediator between the candidates. Although the United States has been looking forward to President Karzai being out of office, the best way to mediate the issue is working with him.

A protester had stated: “We want the international community to take action, and we want real democracy.”

A few incentives for the Abdullah campaign to stay in check is that the United States government warned that billions of aid dollars are at stake, and German officials warned that they would cut off aid as well if Abdullah were to stage a breakaway government.

What will be affected by the winner? Once a winner is decided, the new President will have to make a security agreement with the United States, dealing with U.S. troops on the ground and their departure and the training of Afghan security forces. The newly elected leader will also help decide on other issues, such as negotiating with the Taliban, fighting poverty, halting corruption and stopping the drugs trade and the violence it entails.

The transfer is expected to happen in August. Until then, the state remains in limbo as the government and international world work toward making it a peaceful and democratic transition.

The outcome of the June 14 election in Afghanistan will be essential for establishing stability. The results will also greatly affect America’s relationship with Afghanistan. This is because future U.S. military presence in the country is highly dependent upon the winner. Therefore, the election is of particular importance for Americans.

Currently, the United States has 32,000 troops in Afghanistan. All combat troops are scheduled to leave the country by December 31, 2014, according to President Barack Obama. But the United Nations as well as the U.S. would like to try and create a security agreement with the new Afghani leader. The U.S. hopes to keep some military presence in the country after the December 31 deadline in order to continue the training of the Afghani military against terrorism threats.

President Karzai refuses to sign the agreement and says that the deal should be made with the new leader. So the U.S. is now left to wait.
But the process of counting the ballots and the time needed for the new president to assume power could take months. This leaves the U.S. with very little time to form an agreement. With the impending December 31 deadline, Secretary of Defense, Chuck Hagel, has started planning a “zero option,” which withdraws all U.S. troops by the date if an U.S.-Afghani agreement cannot be made in time.

The “zero option” plan would not only withdraw U.S. troops but also cut billions of dollars in aid. This would likely leave the country vulnerable. And because the Taliban still has strong holds within the country; the absence of aid and military support could leave more parts of the country susceptible to their control.

The Taliban threatened retaliation against all those who voted in the presidential election on June 14. They view the race as invalid because of the presence of U.S. troops in the country. But many Afghanis defied these threats by casting their ballots. In a strong turnout, an estimated 7 million Afghanis voted. There were scattered attacks around the country but no major violence erupted. The election offers a promise of a peaceful future for a nation that has been at war for 13 years.

But claims of fraud and irregularities in the election have come from both candidates. Specifically, instances of ballot stuffing and polling stations running out of ballots taint the legitimacy of the votes cast. The possibility of the losing candidate rejecting the official election results threatens the entire election process. If Afghanistan cannot establish a peaceful democratic transition, then the country risks falling back into instability.

The official preliminary results are not expected before early July. And as the ballots are being counted, both Afghanistan and the U.S. wait anxiously to see the outcome.