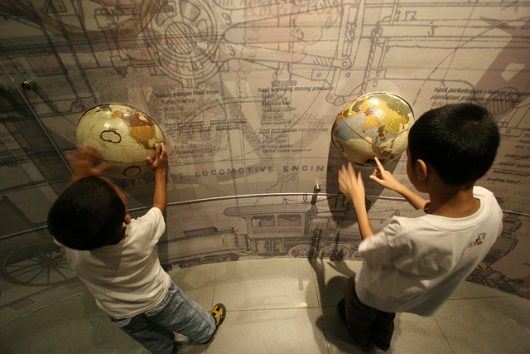 September 23 marked the 50 year anniversary of the formation of ASEAN, the Association of Southeast Asian Nations. ASEAN was created in 1967 by the leaders of Indonesia, Thailand, Malaysia, Singapore and the Philippines in order to promote cooperation in economic, social, technical and educational growth. While ASEAN has expanded to include more than just these five Southeast Asian states, the coalition has been very successful in its efforts to reduce poverty.

According to Adam Steiner, the United Nations Development Programme administrator, the combined poverty rate of ASEAN countries dropped from 47% in 1970 to 14% in 2015. This was well beyond the ASEAN Millennium Development Goals for 2015, and the 2030 goal is now to completely eradicate poverty from ASEAN nations.

One thing that is noteworthy about the way ASEAN countries are working to reach the Sustainable Development Goals is the unprecedented participation from the citizens of these nations. The governments of these countries are working very hard to involve the people in the processes of poverty reduction, mainly with the launch of the ASEAN My World survey by the U.N. Member States. The My World Survey asked for the opinions of over 10 million individuals worldwide regarding their hopes for the future. There were a quarter of a million participants from the ASEAN region, and the survey results were used to shape the 2030 Sustainable Development Goals.

The My World survey asked subjects to choose which goals were most important to them, with the options ranging from “freedom from discrimination and persecution” to “a good education.” The data was also split up by demographics such as gender, age, level of education and HDI. The data is quite comprehensive and will allow for more impactful policymaking.

The development of ASEAN countries is already becoming much more inclusive of citizens, and this is a great step towards more sustainable governance and development in any nation. The survey was launched in 2015, and the results have already been used to create the ASEAN Community Vision 2025 and the Agenda for 2030, which shows the dedication of ASEAN nations to a more people-centered future. Additionally, the My World survey is the largest survey the United Nations has attempted in over 70 years, showing a potentially significant shift in the future of global governance.

While the eradication of poverty, among the other 2030 goals, is very ambitious to attempt in 15 years, ASEAN, as well as the U.N. Member States, has shown a commitment to achieving the goals that citizens consider important. The ASEAN My World survey has presented a new attitude towards access and participation in government and policy in the Southeast Asian region.