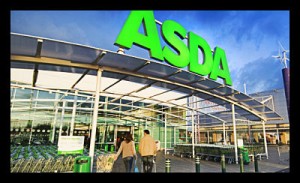 Asda, one of the UK’s largest supermarket chains, has now teamed up with one of the U.K.’s largest food charities. Instead of sending extra stock back to the manufacturers, Asda will send it to FareShare, a national charity fighting hunger. It is a simple concept with huge consequences for the battle against hunger.

In recent years, many large supermarket chains have received criticism for their unprecedented level of food waste. With 5.8 million people in the U.K. considered to be living in ‘deep poverty,’ Asda’s pledged donation will make a sizable difference in the number of people FareShare can reach.

The food from FareShare is sent around the country to other groups who prepare meals for those in need. At the moment, FareShare provides food for 42,000 meals per week. It is estimated that this partnership with Asda will generate more than 3 million meals per year for those living in deep poverty.

A big challenge of charitable food distribution has been accessing perishables like dairy products, meat, and vegetables. Asda’s contribution will increase the supply of perishables by 1,500 tons per year and increase the overall food donations FareShare receives by 41%. Asda’s pledge has also spurred other major chains like Sainsbury’s and Tesco to develop plans for contributing foodstuffs to other anti-hunger projects.

Sources: The Guardian, The Independent
Photo: Your ASDA