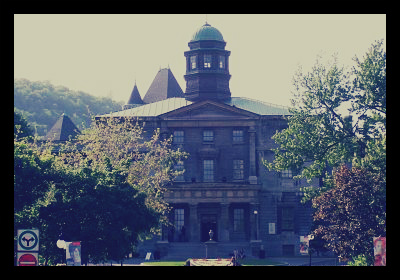 Asbestos, which has been mined for more than 4,000 years, was not largely distributed until the end of the 19th century. Today, armed with the knowledge about the dangers to human health that asbestos poses, production in the modern world has been brought to a halt. However, in many developing countries, particularly in Asia, many are surprised to hear that the use of asbestos has been increasing.

The world’s largest asbestos mine was the Jeffrey mine in the town of Asbestos, Quebec. Because of the preciousness of asbestos to the Quebecois economy, when results began to show the toxicity of asbestos, the Quebec Asbestos Mining Association (QAC) needed to find a solution preventing the stoppage of asbestos use. They turned to McGill University.

Professor J.C. McDonald, working for McGill’s Department of Epidemiology, was funded by a front organization set up by the QAC to research the effects of asbestos. His findings, using outdated and inaccurate techniques, demonstrated that exposure to chrysotile asbestos could give protection against cancer.

Despite the fact that no other scientist has been able to replicate McDonald’s data – even McDonald himself refuting his own findings, going so far as to admit that some of the data taken was thrown away until specific results were found – many companies continue to use his research to support the use of asbestos.

As such, every year, two million tons of asbestos are being put into homes and schools, ultimately causing a public health catastrophe to come.

Kathleen Ruff, founder of the human rights website RightonCanada.ca, and senior advisor on Human Rights of Rideau Institute was joined by Professor David Egilman of Brown University, who is the President of Global Health through Education, Training and Service (GHETS), a NGO dedicated to improving health in under-served communities around the world, at a conference on October 1st at McGill.

Here, Egilman and Ruff addressed McGill’s “internal review” on McDonald’s study, which Abraham Fuks, McGill’s research integrity officer, concluded Professor McDonald to be “a pioneer in the demonstration of health hazards of asbestos.”

Egilman contends noting, “[McDonald’s team] threw data out because it gave them wrong results.” And when they finally had data that matched up to what they wanted to prove, Ruff points out that “the industry [then] went on a mission to developing countries to get them to use chrysotile asbestos.”

The problems associated with asbestos-related risks are manifold. The previous installation and further dismantling of asbestos abroad lacks proper regulation and legislation, with many companies not respecting safety and proper execution. Consequently, exposure increases the risk of lung cancer, mesothelioma, and nonmalignant lung and pleural disorders.

Countries with economic ties to asbestos, such as Russia, India and Brazil continue to use McDonald’s information to lobby for increased use. Without an independent review of the research conducted and a final nay-say of McDonald’s results, it will prove difficult to put a stop to these organizations.

What started as a good PR strategy back in the 1960s has now exploded into one of the main justifications of continued global asbestos use.

GHETS, founded in 2002, places emphasis on “grassroot partnerships, sustainability and the development of primary healthcare infrastructure.” In association with many major institutions, GHETS funds training of local doctors and distribution of seed grants to for local business start-ups.

RightonCanada, an advocacy campaign to put human rights back on Canada’s political agenda, believes that Canada, when refusing to recognize the human right to water, aid in sabotaging a U.N. Declaration on the Rights of Indigenous Peoples, and block action to control export to developing countries of asbestos, among other things, has consequently become “a human rights saboteur.”