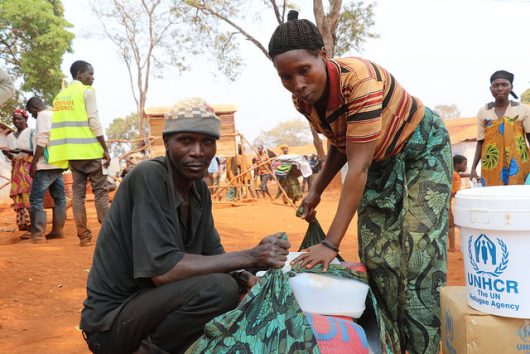 From the civil war that ravaged Burundi between 1993 and 2005 to the political turmoil that erupted in 2015 when President Pierre Nkurunziza announced he would run for a third term, Burundi has consistently battled displacement, violence and neglect that has dramatically increased the number of people living in poverty.

The civil war of 1993 through 2005—an ethnic conflict between Hutu’s and Tutsi’s that resulted in over 300,000 dead and hundreds of thousands more displaced—took a toll on the poverty rate in Burundi, which rose from 48 percent to 68 percent.

In the aftermath, people lacked access to potable water, adequate sanitation and medical aid. The vast majority of Burundian’s were thrust into poverty, battling sickness, hunger and violence.

Still, the country fought to recover. With the Arusha Accords, which ended the conflict and placed a two-term limit on presidential tenures, and an influx of foreign aid, the poverty rate in Burundi began to decline.

Yet, in 2015, as President Pierre Nkurunziza declared he was going to run for an unconstitutional third term, the country again fell into turmoil.

The repercussions have taken a toll on the poverty rate in Burundi—the United Nations Development Programme has estimated it as an astonishing 77.7 percent. What’s more, the country ranks 184 out of 188 countries on the 2016 Human Development Index. All said, Burundi is one of the poorest nations in the world, where access to basic goods and services is increasingly hard to come by.

As Nkurunziza, the Imbonerakure and Security Forces continue to capture, rape, torture and intimidate the people of Burundi, foreign aid is being pulled. The majority of major donors to the country have suspended budgetary assistance for the Burundian government and both the United States and the European Union have imposed sanctions on many opposition leaders and senior officials.

Even now, the turmoil continues to boil on and people continue to face a precarious future. This has led over 325,000 people to flee the country since 2015, most to neighboring Tanzania, Rwanda, Uganda and the Democratic Republic of Congo.

This outflux has severely crippled Burundi’s economy. Agriculture, which makes up 40 percent of the country’s GDP and employs over 80 percent of Burundians, is losing the labor necessary for production and distribution. What’s more, private consumption has plummeted as people continue to march across borders away from the atrocities being committed.

As the economy continues to struggle; as violence, displacement and death are an ever-present threat and as foreign aid remains stagnant, precarity is becoming a way of life. The poverty rate in Burundi will continue to rise unless the international community takes a stand. Aid is essential, both monetary and humanitarian, in order to overcome the crises and stem rising poverty. The world sat back passively during the first civil war that tore the country apart. Will it happen again now?