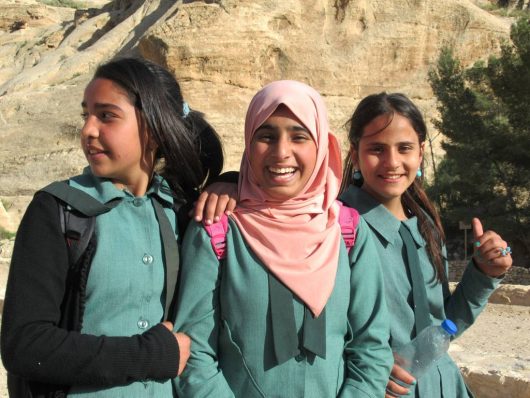 The infamous Article 308 – a bill allowing rapists to forgo punishment by marrying their victims – was repealed by the lower house of parliament in Jordan’s government in late July. This comes after years of activists’ attempting to fight it.

Article 308 was intended to be a precautionary measure to protect womens’ honor. As Jane Arraf of NPR reported, “According to tribal and social customs in a lot of Jordan, if a girl or a woman is raped, it reflects on the victim and harms her family’s honor. Forcing her to marry the rapist is used as a solution. Some of the lawmakers opposed to changing the law said being married would erase the stigma of rape.”

Asma Khader, a lawyer who has worked on cases regarding Article 308, has worked to repeal the law for 35 years. She is the executive director to Sisterhood Is Global Institute and is a top campaigner for women’s rights. Khader and other activists believe that the repeal of Article 308 will hopefully bring a change in the mindset of shaming and blaming the victim in cases of rape.

Ghada Saba, a women’s activist, noted in an interview with the Los Angeles Times that “Our problem in all of these things, whether it’s human rights or women’s rights, is ignorance,” she said. “People … see women as a container that holds their children, nothing beyond that.”

Although the upper house still has yet to repeal the law, many believe that members will be largely in favor of it. Jordan is one of many countries – including Morocco, Egypt and Tunisia – that has repealed some version of this law in the past. Lebanon is currently working to repeal one of its variants, Article 522.

Thankfully, with the help of local and international activists, Jordan is on its way to moving past traditions and onto a brighter path for women’s rights.