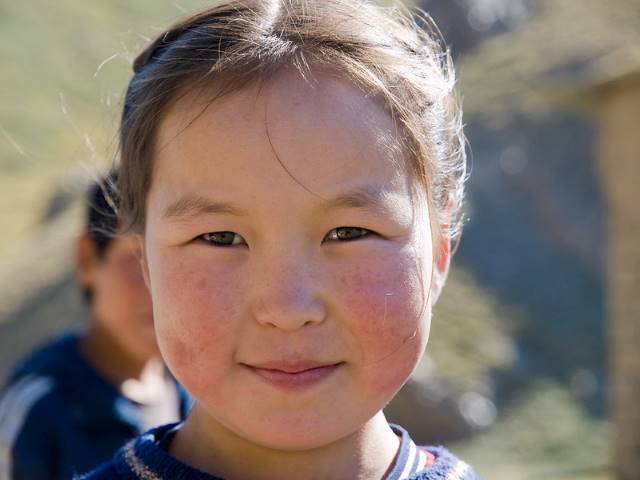 History of Child Marriage in Kyrgyzstan

Social issues, including poverty, lack of education, cultural emphasis on honor and practices of bride kidnapping, contribute to the practice of child marriage. In Kyrgyzstan’s poorest households, 16% of girls are married as children compared to 9% of girls from families with higher incomes. Girls with primary or no education are more likely to be married by the age of 18 than girls with a more substantial education – 4% compared to 33%, respectively.

Kyrgyzstan culture emphasizes family honor and child marriage is linked to the desire to ensure that girls do not engage in premarital sex. Child marriage is also linked to the practice of bride kidnapping, where the girl is taken by force to the house of a man who wants to marry her and is slowly convinced by him and his family to agree to the marriage. An estimated 12,000 bride kidnappings occur each year and it is believed that many girls agree to child marriages in an attempt to avoid being kidnapped.

Effects of Child Marriage in Kyrgyzstan

Child marriage causes many hardships for women and girls in Kyrgyzstan. Due to the unequal nature of child marriages, domestic violence is common for child brides. Child brides often face difficulties during pregnancy and childbirth due to their young age and immature physical development. These marriages often put an end to girls’ education as they have to drop out of school to raise children and undertake domestic tasks. This limits their future ability to find jobs and become financially independent, putting them at risk of being unable to leave abusive relationships.

In addition, because child marriages are illegal under Kyrgyzstan’s laws, many of these marriages are not officially registered with the state until both parties are over the age of 18, the legal age for marriage. Since women in unregistered marriages do not have access to resources such as property, alimony and child support, they are limited in their independence and ability to leave a marriage.

The National Federation of Women’s Communities of Kyrgyzstan

A key organization combatting child marriage in Kyrgyzstan is the National Federation of Women’s Communities of Kyrgyzstan (NFFCK). NFFCK is an organization created by teenage girls with the mission of giving girls throughout the country the tools and knowledge necessary to avoid child marriages and other forms of gender discrimination. The organization provides sex education and awareness programs regarding health issues, smoking and drugs, in addition to teaching leadership skills. NFFCK also is an advocacy organization, conducting awareness campaigns on social issues such as child marriage to create policy changes.

A grant provided to NFFCK by the U.N. Trust Fund to End Violence Against Women allowed the organization to create an educational program, Educating Girls Through Education, Art and Media, in three villages. The program had benefited 600 people as of 2016.

Over the course of just two years, NFFCK worked with 41 girls to avoid child marriage through its education and leadership-building programs. NFFCK provided nearly 500 girls with some form of “practical support” and more than 1,600 girls with “consultations on child marriage and bride kidnapping.” Overall, NFFCK has educated 12,000 girls on their rights.

The government is also committing to do more to end child marriages. In 2016, President Almazbek Atambayev passed Article 155, which creates a legal basis for the punishment of adults who perform marriage ceremonies involving minors. The 2015-2017 National Action Plan on Gender Equality also included awareness programs for the public and the military on the harmful effects of child marriage. Still, an estimated 14% of girls under the age of 18 were married in 2019, indicating that child marriage in Kyrgyzstan remains a serious issue. With ongoing efforts and commitments from the government and organizations, child marriage in Kyrgyzstan can be successfully combated.