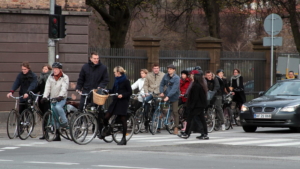 Home to roughly 600 residents, Qaanaaq is the northernmost town in Greenland. With Arctic landscapes and high fuel costs, native residents have expressed concerns over their inability to continue spending on fossil fuels. As the community looks for new solutions to address the threat of energy insecurity in Greenland, renewable energy is offering promising prospects.

Fossil Fuels in the Arctic

Resources for fuel have been an ongoing issue for those in Greenland, but for communities like Qaanaaq, being so far north presents unique challenges. Traditionally, people in Greenland use fossil fuels more commonly because they are easier to transport across long distances. However, since Qaanaaq is not accessible by road, the ice-breaking ship brings all fuel, which is not always a reliable nor successful mode of transportation. According to Nature, in 2019, ice conditions were such that the ship carrying fuel was unable to deliver essential fuel sources to the community and the shipment was eventually flown in.

The cost of these delivery systems is significant and accounts for the high prices of local fuels. As sub-zero temperatures are frequent, heating costs for residents are reaching all-time highs–even as the government of Greenland offers heavy subsidization for these fuels, Nature reports.

With 80 remote communities in Greenland relying on diesel fuel for electric power, energy insecurity in Greenland is becoming more of an issue each year.

The cost of fuel has led to a series of issues–each causing a domino effect for the community. Recent climatic and environmental changes have threatened Indigenous practices, as locals in Qaanaaq have seen their traditions not only fade, but their livelihoods threatened. As energy insecurity in Greenland increases, hunters and fishermen have struggled to feed their sled dogs, resulting in a decline of traditional hunting and fishing practices.

Additionally, as fossil fuel prices climb, many have recently resorted to leaving their hometown as a direct result of the subsequent financial and mental strains. With life-long residents leaving the area–taking with them Indigenous knowledge–this threatens both culture and tradition.

Concerns have not gone unnoticed by locals and scholars alike. Mary Albert, a snow physicist at Dartmouth College in Hanover, New Hampshire, has championed the beginning of energy change for the Qaanaaq community, according to Nature. By partnering with native residents and hunters like Toku Oshima, goals of limiting dependency on fossil fuels and using locally generated resources in the area are becoming a reality.

With the fishing and hunting community’s needs at the forefront, Albert and her team started building sustainable technology solutions in April 2020 to help the Qaanaaq community transition to a renewable energy source that can be easily maintained by the community.

Unlike other renewables, which can require heavy maintenance which Qaanaaq struggles to provide, the team is working on their project directly with residents of the town to provide a system that is both affordable and easily serviceable within the harsh arctic environment. The project aims to use waste heat from diesel generators to generate power, which would otherwise have been wasted, according to WWF Report.

Funding from the Arthur L. Irving Institute for Energy and Society has provided the team with the funding necessary to travel to Qaanaaq and understand their specific needs.

Success in the North

Notably, renewable energy solutions are not new to Greenland. The community of Uummannaq has the highest northernmost solar panels in the country. Nukissiorfiit, a government-owned energy company, completed the solar cells’ installation in 2020.

Since then, 71% of the energy it produced is with the help of renewables through solar cells, wind power and hydropower.

Similarly, the town of Ilulissat, Greenland, boasts 95% green energy, as hydropower dominates productivity and has replaced a major heritage diesel power plant, according to Visit Greenland. These hydropower projects are able to use meltwater coming from permafrost layers and glaciers, accessing turbines as deep as 200 meters below the surface.

These communities stand as exemplars of the possibilities that await Qaanaaq if they can continue forward with securing renewable energy as their primary energy source.

As many address the concerns of energy insecurity in Greenland, it is clear that the future of Greenland’s energy is shifting towards renewables. By harnessing the resources and power of the Arctic, the goal of the government-owned energy company, Nukissiorfiit, is to produce 100% green energy products throughout Greenland by the year 2030, according to Visit Greenland.