Tag Archive for: Art in Kenya 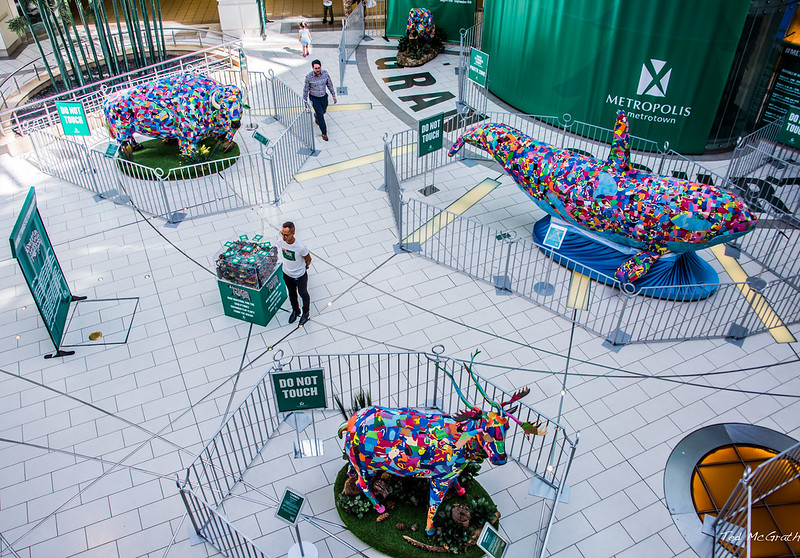 Also known also as zoris, pluggers, jandals or thongs, it is commonly thought that flip-flops originated in Ancient Egypt around 4,000 B.C. Over time, the materials used to make these shoes evolved from palm leaves, papyrus and straw to rubber and plastic. As such, modern flip-flops are typically cheap and have an average lifespan of two years. Havaianas, a Brazilian flip-flop brand, produces more than 150 million pairs of flip-flops annually. Worldwide, three billion people purchase new flip-flops every year.

However, these non-biodegradable shoes far exceed their two-year wearable lifespan in the form of polluting oceans, threatening marine life and washing up on shores. In Kenya, where approximately 36% of people live on less than $1.90 per day, the coastal area of Watamu is littered with flip-flops, including those that have drifted to Kenya from areas like India and China. Non-profit organization Ocean Sole works to up-cycle flip-flops into art in Kenya, cleaning oceans and shores while simultaneously creating job opportunities in a country where at least 4.9% of people are unemployed.

Founded in 1999, Ocean Sole currently impacts more than 1,000 Kenyans through either direct employment or flip-flop collection. It employs and provides a steady income to approximately 90 Kenyans, and employees recycled over half a million flip-flops in 2017 alone. Per year, about 47,000 kilograms of flip-flop waste are collected.

The collected shoes are washed, blocked together, carved with knives and sanded into colorful sculptures and art pieces. The sculptures include figures of buffalo, lions and giraffes, and are sold online worldwide. For every $20 spent on flip-flop art, Ocean Sole collects and up-cycles 146 pounds of ocean trash while helping Kenyans maintain a steady income.

Julie Church, Ocean Sole’s founder, was inspired to establish the organization after seeing toys that children had made from flip-flop debris. Church encouraged the children’s mothers to transform the flip-flops into art to sell at local markets. Thus, the organization began with a focus on community and works to maintain that emphasis. In recent initiatives, the organization has used flip-flop offcuts to make mattresses for those in need, expanding its community impact.

Between 10 and 15% of Ocean Sole’s revenue goes toward vocational and education programs, conservation efforts and beach cleanups. The organization’s social enterprise pays employee bonuses, as well as welfare programs to help employees educate their children. Kenya’s current literacy rate is nearly 85% for males and about 78% for females, yet over one million children were out of school in 2010, and more than 25% of young people did not have at least a secondary education. Ocean Sole is working to increase these literacy and education rates.

Through his position at Ocean Sole, Raphael Kangutu, one of Ocean Sole’s flip-flop artists, is able to support his wife and six children and pay his nephew’s school fees. Ann Nzilani, another artist, was able to move herself and her two children out of the slums in Kenya. These stories are examples of Ocean Sole’s dedication to equal opportunity employment, helping women like Nzilani, as well as men, put food on the table, pay bills, buy land and educate their children. In an interview for the organization’s blog, one mother and Ocean Sole employee explains, “Before working with Ocean Sole, … my children couldn’t go to school because there was no money to pay the fees. I would try to sell fruit on the road, but there is no tourism, or I would only get one customer.” Ocean Sole helped to change this woman’s life, and many more.

Navigating the impact of COVID-19 has been a complex process. After orders for flip-flop art were canceled among customers worldwide and as the pandemic progressed, Ocean Sole had to furlough some of its artists for at least a few months. However, the organization’s management and sales team are working diligently to increase income and bring back furloughed employees.

Despite the effects of the COVID-19 pandemic, Ocean Sole’s capacity for growth is striking. The creation of flip-flop art in Kenya has already had significant economic and environmental advantages, playing a small yet important role in the decrease of poverty in Kenya from almost 47% in 2005 and 2006 to around 36% by the end of 2016. Ocean Sole has made great strides toward the transformation of the lives of thousands of Kenyans and will continue to foster employment opportunities, paving the way for a better — and cleaner — future.