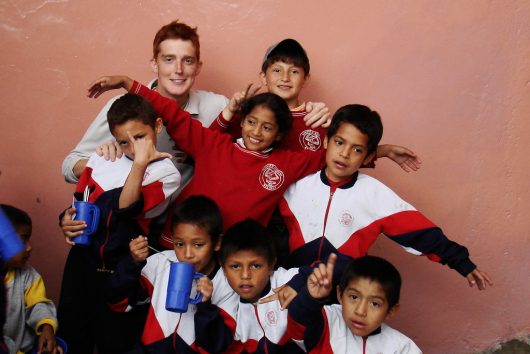 The value of art education is constantly under debate, with classes in the arts often pulled first from underfunded curricula. Research, however, has shown the value of educating people in these subjects. The arts provide physiological and economic benefits, and some African countries are working to encourage creative pursuits in their populations.

The World Health Organization’s definition of health includes more than just a lack of disease. Creative endeavors can improve a person’s mood and emotions. Simply watching the activity can provide benefits, too.

A more tangible benefit includes a higher participation in school. This ranges from increased attendance and participation, to increased teamwork skills among peers. People also use the arts to provide students with an alternative to drugs.

This value in education spills over into the workforce. People who engage in the arts are better at creative thinking and have a greater ability to adapt to new situations and visualize alternatives.

The arts are also helpful in fighting health problems. Many cultures have traditions of using pictures, stories, dances or chants to fight disease. Creative activities reduce chronic stress and lessen depression, both of which can become contributing factors to heart disease and diabetes. These issues are already prevalent in the U.S. and are increasingly becoming an issue in the developing world.

The arts, as they are commonly grouped together, include music, creative movement, writing and visual arts.

Studies have shown that music decreases anxiety and helps restore emotional balance, as well as control pain. Learning the notation involved in reading music has also been shown to increase students’ math skills.

Visual arts have been shown to help people deal with difficult realities, such as a cancer diagnosis. They help with emotional expression and improve reading skills.

Other studies have shown that creative movement, such as dance, improves mobility and decreases stress. Some participants show improved cognition.

Writing has been shown to help people control their emotions, as well as to control pain levels temporarily. One study showed that writing decreased the CD4+ lymphocyte, which is associated with HIV.

Many places are picking up on the value of art. In September, the Africa Utopia art festival will take place in Somaliland, giving African performers a venue to express their art. The African Metropolis film festival was held recently, and it included six urban films from directors of different cities. The cities represented were Abidjan, Cairo, Dakar, Johannesburg, Lagos and Nairobi.

Other groups are allowing youth to get their first taste of creative expression. In Belltown, Kenya, there is a gallery of photographs by Meg Stacker. While she took the pictures herself, many of the pieces are overlaid with six word memoirs by the subjects, giving them an opportunity to express themselves as well.

Other students in Gambia had the opportunity to photograph their homes. A UK photography student held a workshop for students, most of whom had never operated a camera before. In this way, students were able to express their views of their homeland.

On top of the mental and physiological benefits, many students in the U.S. want to see more art education. Art education would provide the same benefits and appeal to African students, as well.