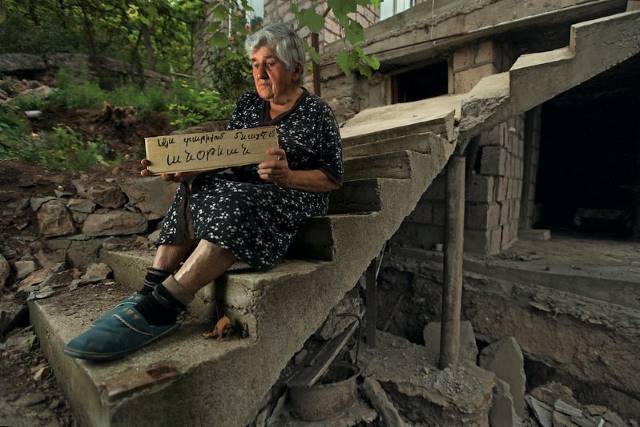 In addition to a looming war, Armenians have suffered a vast diaspora. More Armenians live outside Armenia than inside the country. Armenians who live outside the country total anywhere from double to quadruple the number of those living within Armenia. The older generation is the main group still residing within the border. One reason is that older groups have fewer professional opportunities outside of Armenia, so they often stay put. This affects a large portion of society. More than a quarter of Armenia’s population is older than 54 and one-half of this demographic is older than 65 years old.

Armenian Caritas, a community-based NGO, operates in Shirak, Lori, Gegharkunik, Ararat and Yerevan. More than a third of its staff are volunteers and the organization’s goal is to provide “social inclusion and care of the elderly.”

Armenian Caritas uses a comprehensive method to address elderly poverty in Armenia. Since 1995, the NGO has taken a long-term approach to anticipating the needs of its clientele. Thus, it recognizes that by 2050, a quarter of Armenia’s total population may be between the ages of 60 and 64.

Armenian Caritas focuses on providing “rehabilitative items,” like crutches and moving toilets, to elderly patients. Similarly, it offers psychological and physical health care to patients with chronic diseases. These methods are part of a larger strategy of social inclusion.

Elderly Armenians represent a large and growing percentage of Armenia’s domestic population. As such, Armenian Caritas works to ensure that elderly Armenians never experience marginalization. The organization shares its methodology of elderly care with Armenian medical colleges and institutions. In this way, elderly care is part of Armenian practice — the tradition of caring for its vulnerable and aging populations.

A solution to the border skirmish between Armenia and Azerbaijan will hopefully reach a resolution through international mediation and earnest peace talks between the belligerents. Since the economy is still recovering and has continued to focus on growth, the government must address the diaspora by providing opportunities to draw the younger generations back to the country. Amid all of that, the country must not forget about older Armenians. There is hope for an end to elderly poverty in Armenia. However, concerted, sustained efforts are necessary to address it.