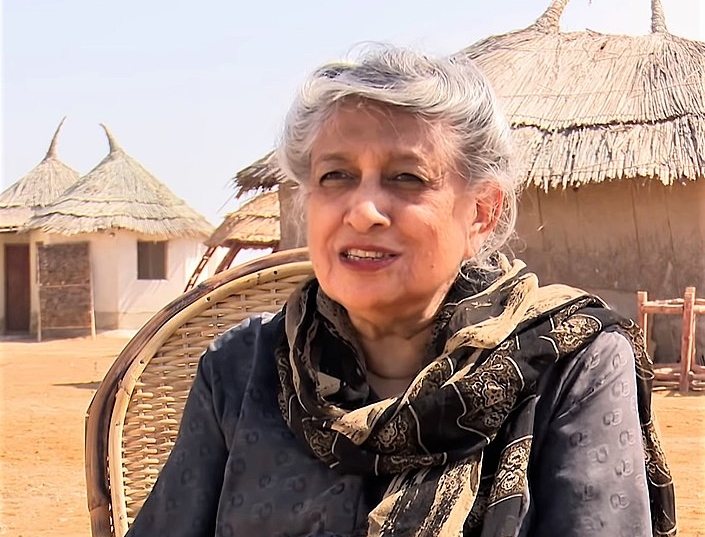 The 2022 summer floods in Pakistan have impacted 33 million people, killed more than 1,600 and left one-third of the country temporarily underwater. Half a million Pakistanis ended up without a home. Fortunately, kind souls such as architect and humanitarian Yasmeen Lari have intervened. Pakistan’s first female architect, after decades of civil and humanitarian service, designed and disseminated sustainable bamboo shelters that can be easily assembled and transported to higher ground during floods. Architect and humanitarian Yasmeen Lari has been full of assistance. She has a long track record of working to ease Pakistani plight. Focusing on environmental well-being, the settlement of Pakistanis and the need for a redesign of foreign aid, Yasmeen has built a legacy for herself that is both admirable and enlightening.

A common theme of the work of architect and humanitarian Yasmeen Lari is environmental conscientiousness, which is in every component of her work, from bamboo huts in the aftermath of flooding to city planning. She has called for the replacement of the pavement with terracotta, because of its ability to better absorb water and the low impact of its manufacture. In Karachi, Yasmeen has pledged to assist the city in mitigating the effects of climate change by reducing its carbon footprint, citing that her line of work accounts for nearly 40% of worldwide emissions.

In 1980 Yasmeen and her husband Suhail started the Heritage Foundation, which focuses on the conservation of traditional Pakistani architecture and culture. Since the early 2000s, she stopped working on big architectural projects in order to focus on writing architecture books and humanitarian work. Through the Heritage Foundation, the Laris have worked to educate illiterate Pakistani women. One project has been promoting alternatives to cooking over open fires, which can cause deforestation, fires and respiratory illness. The Saris have helped introduce mud and lime-plastered stoves that run on local biofuels such as cattle waste or sawdust.

While Yasmeen may prefer for aid to be locally sourced, she is not opposed to foreign groups offering their support, given the mere scale of the catastrophes facing Pakistan. However, she feels that NGOs and governments ought to alter the way in which they approach their assistance, and should shift from focusing on how much they can give monetarily and to how much they can empower and inspire the suffering to help themselves. “The aid mindset,” she told The Guardian, “is to think of everyone as helpless victims who need things done for them, but we have to help people to do things for themselves.”

The work of architect and humanitarian Yasmeen Lari has offered assistance to disaster victims in Pakistan in her own unique way. This selfless woman has been able to combine her love for architecture, environmental awareness and the empowerment of others into her work, and is teaching others how to do the same. The Heritage Foundation instructs Pakistanis, among many things, on how to build their own bamboo structures on its YouTube page. Yasmeen has also hosted eco-friendly workshops for female architecture students, where they build huts under her supervision. Yasmeen and her husband are always working on new projects, from ovens to recycling, and their work after this year’s massive flooding is merely the tip of the iceberg.