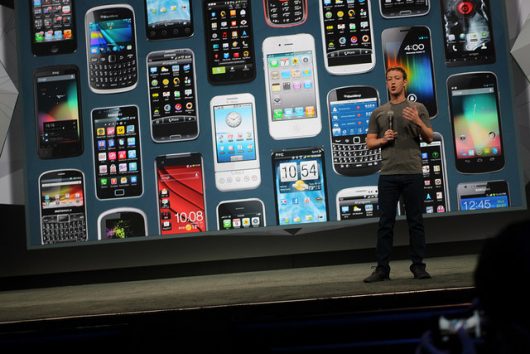 On June 28, Mark Zuckerberg and other members of Facebook’s executive team observed their newest piece of technology, a solar-powered drone, successfully complete its first flight. According to Yael Maguire, head of Facebook’s Connectivity Lab, Facebook’s internet drone will use lasers to beam a signal to towers and dishes that will bring Wi-Fi to people within a 50-km radius.

The new drone is part of the company’s Connectivity Lab, which is focused on the development of innovative technology. It is one of many projects that make up Facebook’s Internet.org campaign. The campaign’s goal is to deliver “internet access and the benefits of connectivity to the two-thirds of the world that doesn’t have them.”

Many have criticized Zuckerberg’s mission because only certain parts of the Internet will be available to those in need. According to an article published by The Guardian, “Facebook, Wikipedia, weather, job listings and government info” will be the only websites accessible through Internet.org.

While this may seem limited, Facebook does not intend to dominate the market. In the future, the company aims to release all information about their drones and other technology so that both the public and private sectors will have the ability to bring the Internet to every corner of the Earth.

Aquila, the name of Facebook’s internet drone, took a little over a year to build. The prototype, which has a larger wingspan than a Boeing 737 but weighs only 880 pounds, is planned to eventually stay airborne for 90-day intervals at a top altitude of 90,000 feet.

Zuckerberg believes that a fleet of drones is the best option for connectivity because they will not be as expensive as building a grounded cellular infrastructure and they deliver a more powerful signal than satellites. Jay Parikh, Facebook’s Vice President of Global Engineering and Infrastructure, announced last year that their team in California developed and tested a laser that delivers data “10x faster than the previous state-of-the-art in the industry.”

While Facebook’s internet drone is years away from becoming fully operational, Facebook has already accomplished incredible scientific and engineering feats. The future is beginning to look bright for worldwide Internet access, as Facebook is just the latest of many companies and organizations attempting to make this vision a reality.

Mark Zuckerberg has long believed that the ability to access the Internet is as much a basic human right as water, food and shelter. Internet.org aims to help impoverished farmers, children and families through the connectivity and power that comes with the Internet. And thankfully, Aquila’s first flight proves that digitally uniting the globe is not out of humanity’s reach.