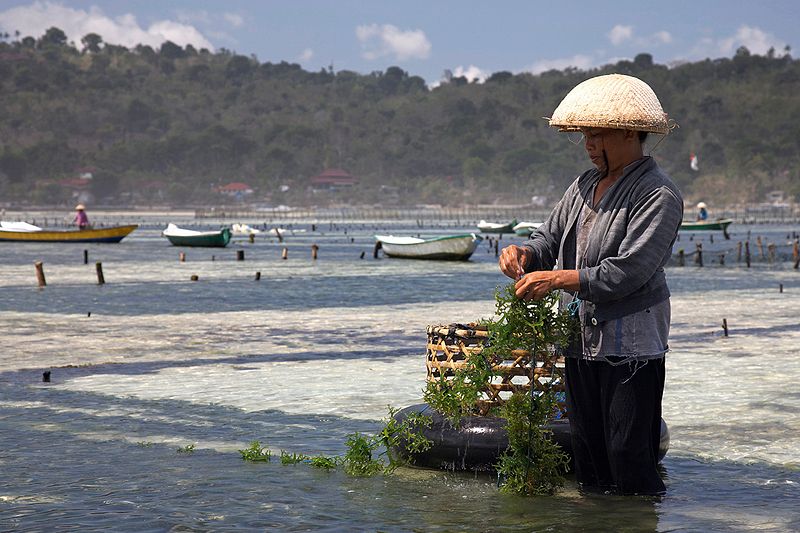 Can aquaculture reduce global poverty while improving ocean health and the renewable energy crises? The short answer is that aquaculture for poverty reduction is possible. Aquaculture is the farming of aquatic animals and plants, such as fish or seaweed. Aquaculture is prominent in coastal communities, particularly in eastern regions of the world. Here is how such a simple concept could resolve the complex aforementioned issues.

In 2015, the United Nations established the 17 Sustainable Development Goals (SDGs) with the intent to create a “blueprint to achieve a better and more sustainable future for all.”

The first goal is to “end poverty in all its forms everywhere” and the eighth goal is to “promote sustained, inclusive and sustainable economic growth, full and productive employment and decent work for all.”

In order to fulfill both of these goals, countries must prioritize creating decent jobs and incentivizing productive employment to create sustainable economic growth. Aquaculture provides employment opportunities for those impoverished in coastal and rural communities across the globe and provides nutritious food that can often be hard to access without monetary resources. A prime example of aquaculture’s socioeconomic contribution to said communities is that of the Mwenezi district of Zimbabwe. Members of the district were facing decreased employment availability due to severe weather conditions. Their dilemma caught the attention of several NGOs that introduced fish farming as a way to increase employment opportunities. Not only did employment opportunities increase, but household income and food security increased as well.

In 2014, between 18.6 and 37.2 million tons of nitrogen that people used for global fertilization ended up in the ocean. As a result, 245,000 square kilometers of the ocean suffered from hypoxia. Hypoxic areas, also known as dead zones, cannot support marine life as there is not enough oxygen dissolved in the water.

If global production of seaweed reaches 500 million tons by 2050, the World Bank estimates that the ocean could absorb 10 million tons of nitrogen. That is just 30% of the predicted amount of nitrogen that enters the ocean. This would undoubtedly improve oceanic conditions for marine life by preventing dead zones.

Part of carbon sequestration is the long-term storage of carbon to mitigate the effect of greenhouse gases on the ocean. Excessive carbon dioxide in the atmosphere causes ocean acidification and negatively impacts the health of marine life. Carbon dioxide lowers the pH of the ocean making it more acidic than usual, and in turn reduces the availability of minerals that corals, mollusks and other organisms use to form shells. Increased seaweed production would combat the amount of carbon dioxide added to seawater from greenhouse gas emissions. For example, 500 million tons of seaweed could absorb 135 million tons of carbon. Moreover, due to the positive effect of carbon sequestration, the profitability of seaweed farming could increase.

Seaweed farming, a subset of aquaculture, has the potential to create a highly efficient form of renewable energy called biomass. Biomass is material that comes from plants or animals and can be effective for energy production. In 2015, nearly 5% of the United States’ energy came from biomass, making it the largest form of renewable energy. According to the Advanced Research Projects Agency-Energy (ARPA-E), seaweed farming in the United States could reach production levels of up to 500 million tons of algae which would provide more energy than 23 billion gallons of gasoline.

Dry seaweed has a carbohydrate content of roughly 50%, which people can use for biofuel production. In concurrence with ARPA-E, the World Bank stated that if 500 million tons of dry seaweed underwent harvesting annually, it would produce around “1.25 billion megawatt-hour’s worth of methane or liquid fuel.” This amount of renewable energy would equate to 1.5% of the 85 billion megawatt-hours of fossil fuels used worldwide in 2012.

The Global Aquaculture Alliance (GAA) is an international non-governmental organization (NGO) that began its operation in 1997. Its mission is to “promote responsible aquaculture practices through education, advocacy and demonstration.” The following are successful manifestations of this mission and shows the benefits of aquaculture for poverty reduction.

In 2019, GAA conducted an educational campaign called Aquaculture 101. The purpose was to spread awareness and inform people on the basics of aquaculture, particularly those skeptical of fish farming. GAA has also funded a joint project with the Marine Ingredients Organisation to better understand fisheries in Southeast Asia that are responsible for providing raw material for fishmeal production. While the fishmeal sector has grown exponentially over the course of 50 years, the two organizations seek to better understand the challenges undermining management practices so that they may make informed suggestions. Furthermore, Best Aquaculture Practices, a subset of GAA, has seen a 15% increase in producers operating in 36 countries from 2010 to 2019. Producers include processing plants, farms, feed mills, hatcheries and reprocessors. This is an incredible trajectory that shows the GAA’s impact on aquaculture across the globe.

Aquaculture for poverty reduction has proven to effective while providing decent employment opportunities to create sustainable economic growth. Moreover, it has shown its capacity to improve the health of the ocean and provide new forms of renewable energy so that the world may sustain its current energy standards. Organizations like the Global Aquaculture Alliance and the Marine Ingredients Organisation are working toward these goals so that the world may become a more habitable place for all.