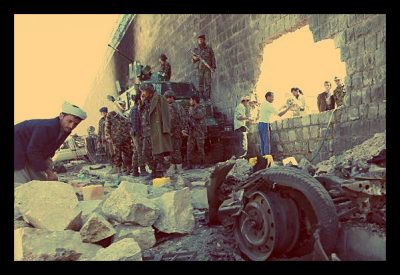 Long considered a vulnerably fractured nation, Yemen is home to one of the world’s deadliest al-Qaeda offshoots. Al-Qaeda in the Arabian Peninsula (AQAP) formed in January 2009 from an alliance between al-Qaeda branches in Saudi Arabia and Yemen. The organization, by carrying out attacks domestically while simultaneously acknowledging Western targets, instills fear over the world.

Recent developments have augmented this fear and made a necessity for action ever more apparent. Beginning with an exploding car bomb and followed by a grenade and gun assault, at least 14 inmates escaped from Yemen’s main security prison.

When in February 2006 23 convicted terrorists escaped from prison in Yemen’s capital of Sana’a, al-Qaeda experienced resurgence in the region. Nasser al-Wuhayshi, currently the leader of AQAP, played a vital role in the increased occurrence of attacks at the time.

Wuhayshi was among the escapees.

The connection between Wuhayshi and an al-Qaeda-heavy jailbreak is quite conspicuous. Including a vicious attack against the Yemeni Ministry of Defense a few months prior to the recent prison incident, in December 2013, AQAP has participated in and claimed responsibility for multitudinous attacks since its formation in 2009.

Extensive media and propaganda campaigns fuel the AQAP fire, keeping recruitment strong. The overarching goals of AQAP, of particular concern to the United States and other Western countries, is to rid Muslim countries of Western influence and to instead foster shari’a law under fundamentalist Islamic regimes. These intentions are dutifully carried out by a compartmentalized and decentralized hierarchy of power that enables AQAP to endure counterattacks and arrests without falling apart.

Despite this formation, it is important to note that Wuhayshi, over a period of four years, served alongside Osama bin-Laden in Afghanistan. Bin-Laden’s successor allegedly appointed Wuhayshi general manager of al-Qaeda fairly recently in July 2013. This position gives him extreme power and flexibility to do what he wishes with AQAP both regionally and internationally.

The main worry here is one of historical repetition. Wuhayshi, arguably one of the most powerful men in the world, especially in regard to terrorist and jihadist pursuits, earned his prestige as a result of escaping from jail. Now, once again, al-Qaeda affiliates have freed themselves from confinement. What this means for global security is yet to be seen.