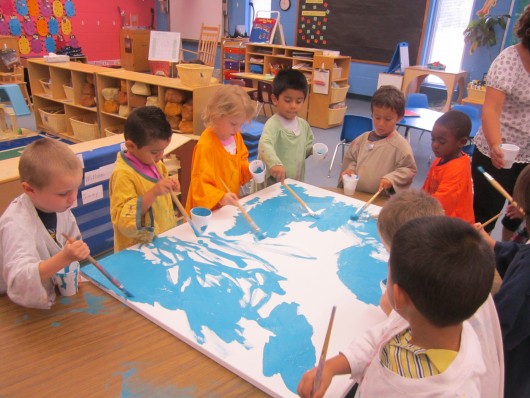 During this eight-year window, children undergo intensive physical and social growth, shaping their bodies and perceptions of society.

But many children in developing nations lack the nutrition, healthcare and social engagement necessary during ECD to have a strong foundation for future growth and development.

ECD initiatives, ranging from parental training to preschool, have been shown to dramatically improve children’s earning potential and help them to escape the poverty cycle.

In the post-2015 Sustainable Development Goals, the United Nations specifically addressed the value of ECD in Goal 4, stating that by 2030 all children will “have access to quality early childhood development, care and pre-primary education so that they are ready for primary education.”

The British Prime Minister, David Cameron, echoed the importance of providing aid to ECD for the termination of global poverty, saying, “Children have been educated who otherwise would have missed out.”

Through aid efforts, programs are sprouting throughout some of the world’s poorest regions, showing promising results.

The World Bank reports that children in developing nations who have participated in ECD programs have higher levels of cognitive and academic performance than their peers.

Children who have benefitted from ECD initiatives are also more prepared to enter primary school and learn more efficiently while in class. This early success in schools has led to lower levels of dropouts and grade repetitions.

As the workforces in developing nations expand with more educated and skilled laborers, the population at large benefits from an expanded consumer base.

With increased earning and buying power comes a more complex and stable economy that is less susceptible to shock and a higher gross domestic income.

According to UNICEF, this increase in school attendance shrinks the gap between the wealthiest and poorest families, hoisting children and their families out of the poverty cycle. 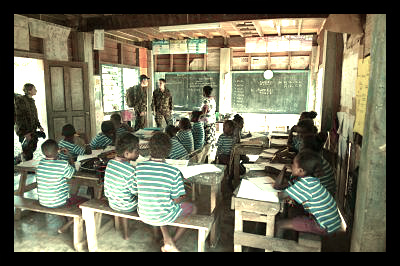 What if you did not have to go to school? For some school-aged children in America, this might be a dream, but for the children of the Solomon Islands, it is a nightmare—and a reality. Due to their high poverty rate, the Solomon Islands do not make education a requirement. Only 2.2 percent of the government’s budget goes toward education, dropping drastically from its 9.7 percent in 1998. Only 60 percent of children even have access to any kind of primary education.

Of those 60 percent, only 72 percent of students complete their primary education. As for secondary school, the current numbers show 32 percent of boys attend, while 27 percent of girls do. Since there are so little resources, students have to take an exam to continue on to secondary school. Depending on their score, they can either be placed into secondary school or not score high enough to earn one of the few positions available.

These statistics all contribute to the 75 percent adult illiteracy rate. While education is not compulsory in the Solomon Islands, it is free for at least primary school. So, why are these numbers showing up?

The Solomon Islands had a civil war from 1998-2003, and once the country began to gain its footing again, a devastating tsunami hit in 2007. These events have only add to the hardships the people of the Solomon Islands face. Since adults have no educational background, the main source of income is through agriculture and farming. This can only get a family by for so long, and many children work alongside their families in lieu of going to school.

If a child does attend school, he or she has to deal with a shortage of teachers and classroom materials. Not only are half of all teachers unqualified, but they also struggle to receive payment for their services. In addition, less than half of the schools have access to adequate drinking water. Hopefully, the government will prioritize education in the coming years and break the cycle of poverty in the Solomon Islands. 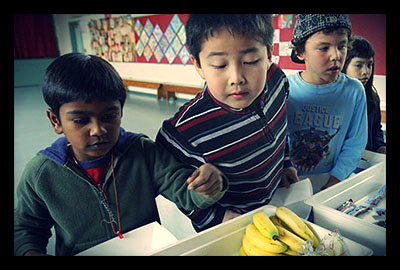 Increased funding for education in developing countries is a chief concern of foreign aid efforts. Providing a child with an appropriate education gives him or her the tools to be more successful later in life and, consequently, the potential for economic mobility. Unfortunately, enrolling children in formal schooling does not guarantee that they are retaining the information from lessons. What is one of the most prominent obstacles hindering the child’s learning process? Hunger. The effects of hunger on education are startling.

Chronic hunger can prevent students from making the most of a formal education, no matter how hard they try to ignore its effects. The sad truth is that hunger can have physical and psychological effects on young people that make learning substantially difficult.

The Crippling Effects of Hunger on Education

Food is the fuel necessary to get through a normal day. Calories in food provide energy to carry out regular day-to-day activities. Without an adequate amount of this energy, students may fall asleep in school or lack the energy to pay attention to an entire day of classes.

The brain, like the lungs, heart, arms and legs, is a part of the human body. It requires energy to function properly. Children experiencing hunger are more likely to have problems with memory and concentration because they do not have the energy to carry out these functions. Malnutrition can tamper with sleeping patterns as well, making a child too tired to get anything out of a full day of school.

Additionally, the brain develops rapidly at a young age. Without the right nutrients, the brain cannot develop properly, resulting in long term effects on learning abilities.

Malnutrition makes children more susceptible to illnesses. Certain vitamins and minerals are needed to maintain a strong immune system, but, many times, poverty cuts off an individual’s access to these nutrients. Starving children get sick and cannot attend school. Because their immune systems are weak already, they cannot return to a healthier state for a while. Children cannot learn from an in-school education when they are absent for an extended period of time.

Studies from the American Psychological Association reveal the psychological effects of hunger on education. Hunger has been observed to cause depression, anxiety and withdrawal, all of which are obstructions to a child trying to focus on education.

Hunger can also cause behavioral problems. In a classroom setting, a single child’s behavior can affect the rest of the students, the teacher’s attention and the overall learning atmosphere. In this case, hunger not only disturbs the affected child’s learning, but the learning of others as well.

Food, more specifically nutrient-rich food, is necessary for a school-aged child to make the most of a formal education. Though foreign aid efforts to increase funding for educational programs are extremely important, their effects may not have a significant impact if the problem of hunger is not addressed first.