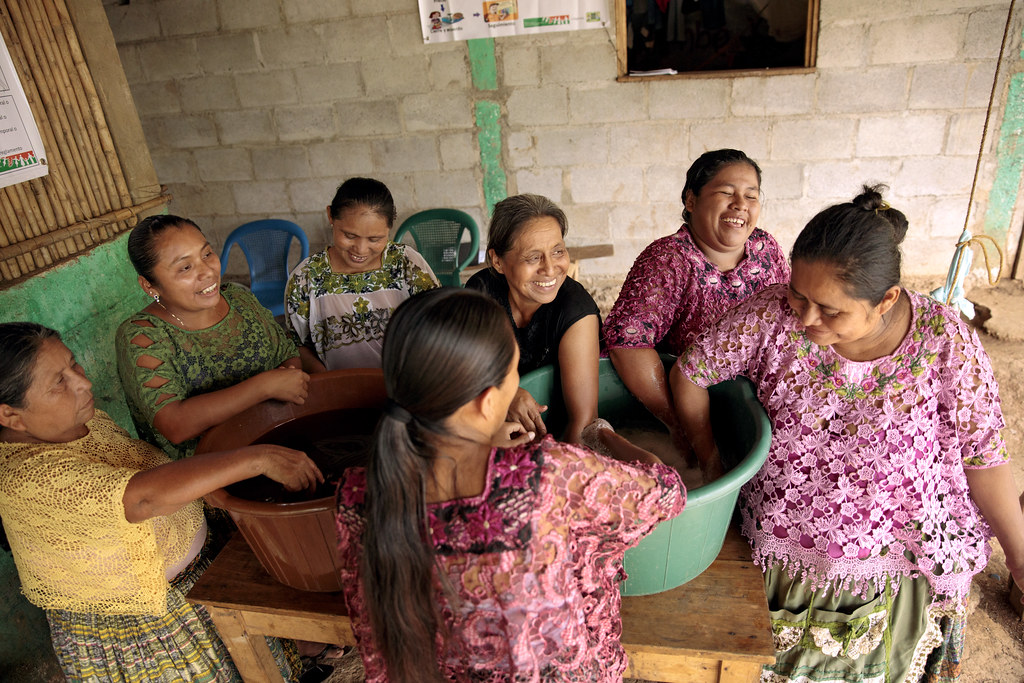 Extreme poverty originates in already disadvantaged groups, particularly women, people with disabilities and indigenous peoples. The impact of poverty disproportionately affects communities that already face challenges dependent upon their gender, ability or cultural background. For those who belong to more than one of these identities, poverty can seem inescapable without direct intervention and change within the systems that limit their ability to self-sustain. Trickle Up is one organization that has provided an intersectional approach to poverty reduction by engaging with these vulnerable groups since 1979 and providing women in impoverished areas the financial resources to build up themselves and their communities.

Identity as a Predictor for Extreme Poverty

Women are more likely than men to live in poverty. Many women face the consequences of gender inequalities as they receive 24% less pay than men worldwide and face job insecurity through the informal economy. Moreover, they spend much of their time invested in unpaid labor, such as caregiving.

The Borgen Project spoke with Trickle Up’s Vice President of Programs, Barbara Jackson, who revealed the importance of targeting the obstacles that hold back women especially from emerging out of extreme poverty. She recognized that impoverished women face stigmatization even in their own communities and experience marginalization through the lack of services available to them. Disparities emerge when “men and boys are often prioritized for schooling,” leaving some women without literacy skills. As a result, women frequently must focus on balancing caregiving and wage-earning instead.

“Women are often not included in decision-making processes because they are not considered the voice of the family,” Jackson went on. They are instead “stigmatized for something that is not of their own volition.” Targeting unjust power dynamics that limit women’s ability to pull themselves out of extreme poverty is a crucial approach to poverty reduction.

The current global data demonstrates that poverty is an intersectional problem that harms those who fall under more than one disadvantaged category. Women who come from indigenous backgrounds face additional challenges. Indigenous peoples make up nearly 15% of the poorest people globally. Being both a woman and an indigenous person couples with the highest malnutrition and poverty rates out of all social groups in Latin America and the Caribbean. For this reason, Trickle Up has built a program to support and empower Guatemalan indigenous women.

About 767 million people in the world live in extreme poverty, surviving on less than $1.90 per day. Microcredit services, which involve providing small loans to individuals in developing nations, make up important support for millions of the impoverished each year. However, these services frequently overlook the ultra-poor due to the complexity of their challenges.

Referring to the ultra-poor, Jackson emphasized that “it is critical that they learn basic financial skills, learn how to save, gain greater financial stability through a diversity of income-generating activities, and develop the self-confidence they need to persevere and succeed.” Because of the economic and social disadvantages presented to them simply because of their gender, women are the primary recipients of Trickle Up’s specialized savings and social support services.

Of the many challenges of breaking the cycle of poverty, lack of services and geographic and social isolation are most prominent for the focus of Trickle Up’s graduation approach.

In place of giving out microcredit, Trickle Up intends for its five-step Graduation Approach to help participants of the program “graduate out of poverty.” Each program undergoes implementation in a community and it selects the participants it deems most vulnerable. Trickle Up later approves these participants.

The selected women then receive consumption support, which is the provision of a small stipend to ensure that they may stabilize their families prior to moving forward with developing long-term investments. Trickle Up’s approach to poverty reduction involves giving livelihood coaching in addition to risk-free capital investment. The training allows for women to decide on the activities they can employ to create a sustainable income.

Prior to graduation, it is essential that women have savings and social networks set up. Jackson shared that women in these communities “don’t come together to talk about their problems and talk amongst themselves.” The savings groups provide opportunities for the participants to “sit and work” together in order to build confidence and trust.

Desde el Poder Local is one of Trickle Up’s current six projects. Located in El Quiché and Alta Verapaz, Guatemala, the project has selected 410 indigenous women between the ages of 15 and 24 to participate over the span of two years so far. This particular program emphasizes reproductive health education and livelihood development.

Women and men receive reproductive health education in the native languages of the targeted communities. The goals of this education initiative include broadening understanding of the implications of early onset pregnancies while also acknowledging the role of parenthood. Jackson noted that there has been a decrease in pregnancies in the last two years, with no pregnancies occurring for women under 18 in El Quiche and Alta Verapaz. Trickle Up’s inclusion of male family members in both reproductive health and financial literacy programs aims to develop a sustainable change in the gender dynamics of the participant’s communities.

As of August 2020, Desde el Poder Local generated 21 savings groups and 77% of participants increased their annual income during the program. Jackson pointed out, “A dollar a week they’re saving. That’s the first time they’re making their own money.” With the support of their families, communities, and municipal authorities, these women obtain the support they need to continue generating a sustainable income once the project concludes.

The traditional approach that Trickle Up has undergone disruption during the coronavirus pandemic. Women who work as local artisans have not been able to travel or access markets in order to sell their products. Fortunately, Jackson assured that Trickle Up staff members have continued to work alongside government staff or field extension agents, which are often women. Information on sanitation hygiene and infection prevention has undergone dissemination through cell phones and word-of-mouth.

Trickle Up has demonstrated that an intersectional approach is essential for poverty reduction. Targeting social problems that exacerbate the effects of extreme poverty, including gender inequality and racial discrimination, allows for growth within the target communities and in society as a whole.