Tag Archive for: App for Good 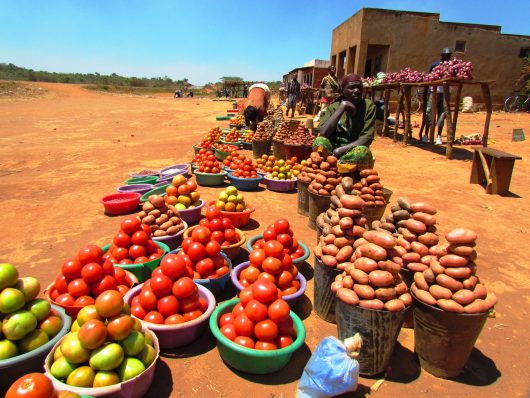 The World Food Program (WFP) is the world’s largest organization dedicated to fighting hunger and promoting food security. As a branch of the U.N. the WFP is funded solely through voluntary donations which allow the organization to reach around 80 million people annually in 80 countries.

Though the WFP has a strong impact on the battle against world hunger, over 795 million people remain undernourished globally. Often people in developing countries become undernourished when faced with external factors like natural disasters or political instability. These factors can cause entire communities to lose access to necessities like food and water.

Currently, southern Africa is experiencing drought due to the year’s El Nino weather pattern — it is believed that Malawi was hit the hardest of the countries affected. The drought coupled with severe flash floods has devastated the country’s crops.

Up to 40 percent of the population of Malawi may need emergency assistance. In an attempt to provide food relief to vulnerable populations like those in Malawi, the WFP created an app called ShareTheMeal.

ShareTheMeal allows users to help those in need with the touch of a button. By choosing to share a meal, users donate 50 cents, the cost to feed one child for one day, to school children in Malawi. Of course, more than one meal can be donated at a time, but allowing users to donate as little as 50 cents makes food relief an affordable act for all.

At this time, WFP is focusing ShareTheMeal towards food relief in Malawi, but the app has been used to help several other vulnerable communities since its inception in the summer of 2015. In fact, the ShareTheMeal website states that donations on the app have provided over 7.5 million meals to those in need.

Recently, between June and July of 2016, all donations on the app went to feeding Syrian refugee children in Lebanon. The donations from those two months were enough to provide one year worth of food to 1,500 children.

While these numbers may seem impressive, the WFP is setting the bar even higher for relief in Malawi. Through ShareTheMeal, the WFP’s goal is to provide 58,000 school children with food for an entire year. If the goal is reached, those 58,000 children will have better chances of staying in school and learning the essential skills that could one day lift them out of poverty.