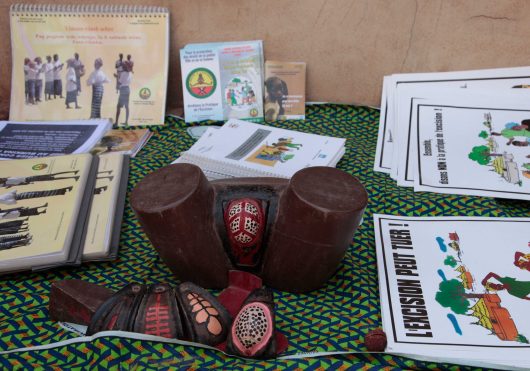 Five Kenyan teenage girls have been invited to participate in the finale of the international Technovation Challenge in Silicon Valley in August. They have developed I-Cut, an app fighting FGM, or female genital mutilation.

I-Cut offers help to girls that are in danger of FGM or have already experienced it: it connects them to rescue centers and gives them information about where to get legal or medical help. In situations of immediate risk, girls can also use the app’s panic button to alert local authorities.

FGM was outlawed in Kenya in 2001 already. Its prevalence has since declined: from 37 percent in the late ’90s to 21 percent in 2014. Young women today are less likely to get cut than their mothers.

A 2014 study found that the prevalence of FGM in Kenya gets linked to the levels of education, socioeconomic status and media exposure. Additionally, girls are at a higher risk of being cut in rural areas. The highest prevalence got found in the North Eastern province, where 97 percent of women had undergone the procedure.

FGM does not entail any health benefits, but the risk of numerous immediate and long-term risks to the victims’ physical and mental health. Possible effects include infections, death, urinary and sexual problems, death, childbirth complications, PTSD, depression and anxiety.

I-cut was developed by Ivy and Macrine Akinyi, Cynthia Awuor, Stacy Adhiambo and Purity Christine, aged 15 to 17, who call themselves the “Restorers.” In an interview with Reuters, the girls said they had friends who became victims of FGM, and that they wanted to “restore hope to hopeless girls.”

The team beat nine other Kenyan semi-finalists and qualified for the finale of the Technovation Challenge, an annual event sponsored by Google, Verizon and the United Nations. Technovation challenges girls to create apps that address problems in their communities and translate them into a business. It aims at teaching girls entrepreneurial and leadership skills.

The girls will compete against five other teams of girls from all over the world in the competition’s senior division and hope to win $15,000 with their app fighting FGM.

However, it is not merely about winning. As Owino states, “Whether we win or not, our perspective of the world and the possibilities it has will change for the better.”