Tag Archive for: App Can Save Children’s Lives 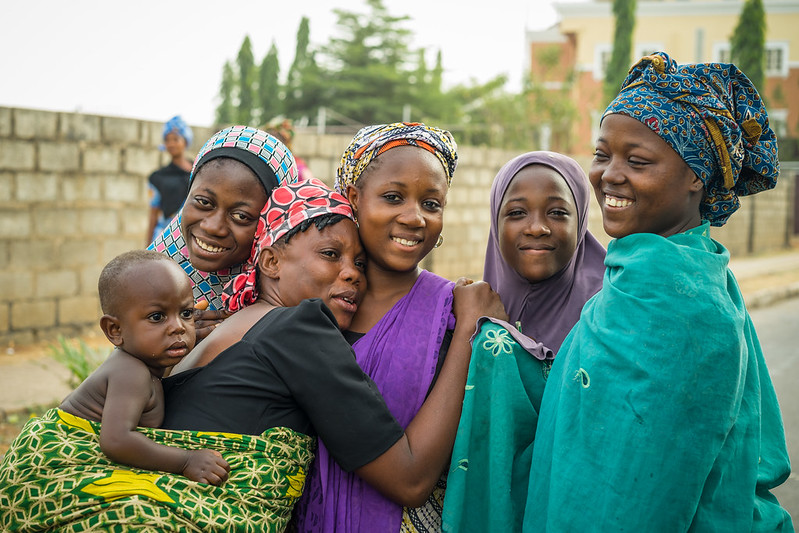 The severe inequality in Nigeria is a giant paradox. As the economy has grown to be the biggest in Africa and one of the fastest-growing in the world, poverty remains rampant. The oil-dependent country harbors the largest population of impoverished people in the world according to the Brookings Institute. As of 2018, 87 million people were living in extreme poverty in Nigeria. A sad reality for a country that, according to the African Development Bank, makes up a whopping 20 percent of the continent’s GDP.

Meanwhile, it would take the richest man in Nigeria, Aliko Dangote, 42 years to spend all of his wealth if he were to spend $1 million every day. According to Oxfam, Dangote earns around 8,000 times more per day than the bottom 10 percent of the population combined spends on basic needs annually. This is a stunning statistic for someone residing in a country ranked 157 out of 189 countries on the U.N. Human Development Index.

The Causes of Poverty

There are a few different factors driving poverty and inequality in Nigeria. Government corruption, greed and cronyism are arguably the biggest:

It is also worth mentioning that the share of the budget dedicated to public well-being is among the lowest in the region. In 2012, only 6.5 percent of the budget went to education, 3.5 percent went to health care and just 6.7 percent went to social protection. On top of this, around 57 million people lack access to clean water and more than 130 million do not have access to proper sanitation.

Another main factor driving inequality in Nigeria is gender discrimination. Women are at a massive socio-economic disadvantage and Nigeria ranked 125 out of 154 countries on the Global Gender Gap Index in 2015. According to Save the Children Federation, 50 percent of girls aged 15 and older are illiterate. Land ownership and income are two aspects that show major gender inequality in Nigerian culture. For example, according to Oxfam, women make up 60 to 79 percent of the rural labor force but men are still five times as likely to own land, and the non-rural labor force is made up of only 21 percent women.

At the same time, more organizations are taking up the mantle to ensure that tackling gender inequality in Nigeria is more of a priority. For instance, Kudirat Initiative for Democracy or KIND for short, is a nonprofit based in Lagos that focuses on reducing barriers for women’s public participation in social, economic and political development. The initiative also concentrates its efforts on bringing an end to gender-based violence in Nigeria.

Children are hit especially hard by the side effects of inequality in Nigeria. Around 32 percent of school-aged children are out of school and 51 percent are driven to child labor. Every 104 out of 1,000 children die before the age of five. The Save the Children Federation is working hard to alleviate some of the challenges of impoverished children. The nonprofit organization has made some impressive progress in helping Nigerian kids. According to Save the Kids website the foundation has:

The organization also runs a stabilization center for malnourished children and is working to provide adequate maternal health for Nigerians.

Inequality in Nigeria is a multi-variant problem. Due to government and economic corruption and gender discrimination, Africa’s largest economy is off-limits for over half of the Nigerian population. Oxfam states that for Nigeria to substantially improve inequality and poverty, public policy, gender inequality and tax policies need a complete transformation. Until then, the good work being done by organizations like Save the Children Federation provide a positive but temporary solution. Confronting the issues and creating real reform from the inside out is the only way to halt the unacceptable poverty and inequality in Nigeria.