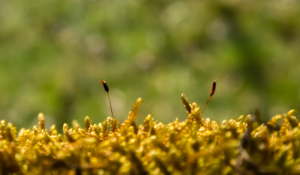 An Australian researcher may have fortuitously discovered a way to reduce world hunger. Professor and Geneticist John Bowman was studying the reproductive cycles of moss in pursuit of a common ancestor of all land plants. In doing so, he discovered a way for “high-yield, drought-resistant plants” to “clone themselves via their seeds” in a process called apomixis. The implications of such a discovery means cheaper and more accessible hybrid seeds for farmers in developing countries.

Since farmers would no longer have to continuously buy seeds (the seeds multiply themselves), the costs and risks (droughts, increased prices of seeds) associated with farming could diminish. This could mean more crops and less hunger and malnutrition in developing countries.

Professor John Bowman and his partner, Dr. Keiko Sakakibara, were able to achieve apomixis by removing the gene KNOX2 from moss. The doctors explain how plants take different forms in “alternating generations.” In one generation, the plant would be in diploid state, meaning that each cell has two sets of DNA (in humans, the sperm and egg), and in the next generation, it would be haploid, which is the “tiny single-cell sperm and eggs that we produce contain only the male or female DNA.” When the scientists removed KNOX2, it caused the diploid generation to become a haploid generation, thus allowing the moss to create identical seeds of the mother.

Although the process has not been mainstreamed yet, Professor Bowman is already excited about its potential to reduce world hunger. He may not have begun the experiment with the intention of ending hunger, but Bowman is eager to help as many people living in poverty and hunger as possible.