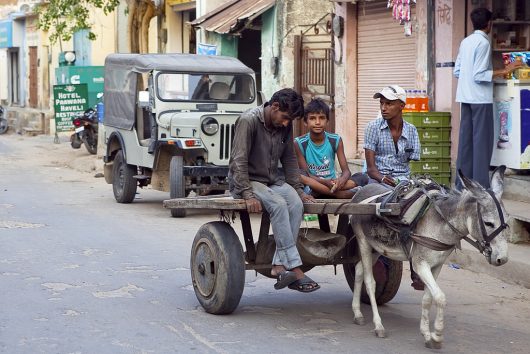 A recent study by the American Psychological Association found that girls have consistently achieved better grades in school than boys for decades. Despite this revolutionary finding, there is still a disproportionate amount of girls around the world who are not granted equal access to education.

What was thought to be a recent “boy crisis” of boys falling behind girls in school has proven to be false. Girls have consistently done better in school for decades without any significant change.

Data collected between 1914 and 2011 in over 30 countries has shown that girls have persistently achieved better grades in every subject across the board. The regions included range from North America, to Europe, to the Middle East and Africa, with the grades of 538,710 boys and 595,322 girls from 308 studies.

Grades given by teachers and official grade point averages were used from elementary, middle and high school, as well as undergraduate and graduate levels. The largest gap was found to be in languages and the smallest gap in math and science. Although boys tended to score higher in math and science in standardized tests, this is only the test of aptitude for a given moment, whereas school grades require hard work over longer periods of time.

Co-Author of the study, Susan Voyer, notes that this phenomenon of girls out-performing boys appears to be a well-kept secret considering how little global attention it has received.

In 2011, UNICEF found that there were 31 million primary-school-aged girls and 34 million lower-secondary-school-aged girls who were not enrolled in school. That the study took place in countries across the globe, and not exclusively in one country or even one region, proves that there is a great deal of untapped potential. Imagine how much more could be achieved globally if every girl had access to education.

The benefits of allowing girls equal access to education are endless. When girls attend school, they delay marriage and in turn delay the age of child bearing. This saves the lives of both women and their children, because there are fewer risks when girls wait until after adolescence to bear children. UNESCO found that in sub-Saharan Africa alone, maternal deaths could be reduced by 70 percent, and child deaths reduced by 15 percent if all girls completed primary school.

The benefits continue to the next generation, as girls that attended school are far more likely to send their children to school. Girls can also earn higher wages and therefore gain economic independence as a result of receiving an education. When girls complete one year of secondary education, their wages later in life increase by 25 percent.

According to UNESCO, women make up two-thirds of the world’s 774 million illiterate people. This is unfair given the existing research that shows that if given the opportunity, girls will continuously perform better in school than boys. Although girls should not have to prove themselves in order to receive equal access to education, this study is a testament to the mass amount of potential being lost by denying girls this human right.