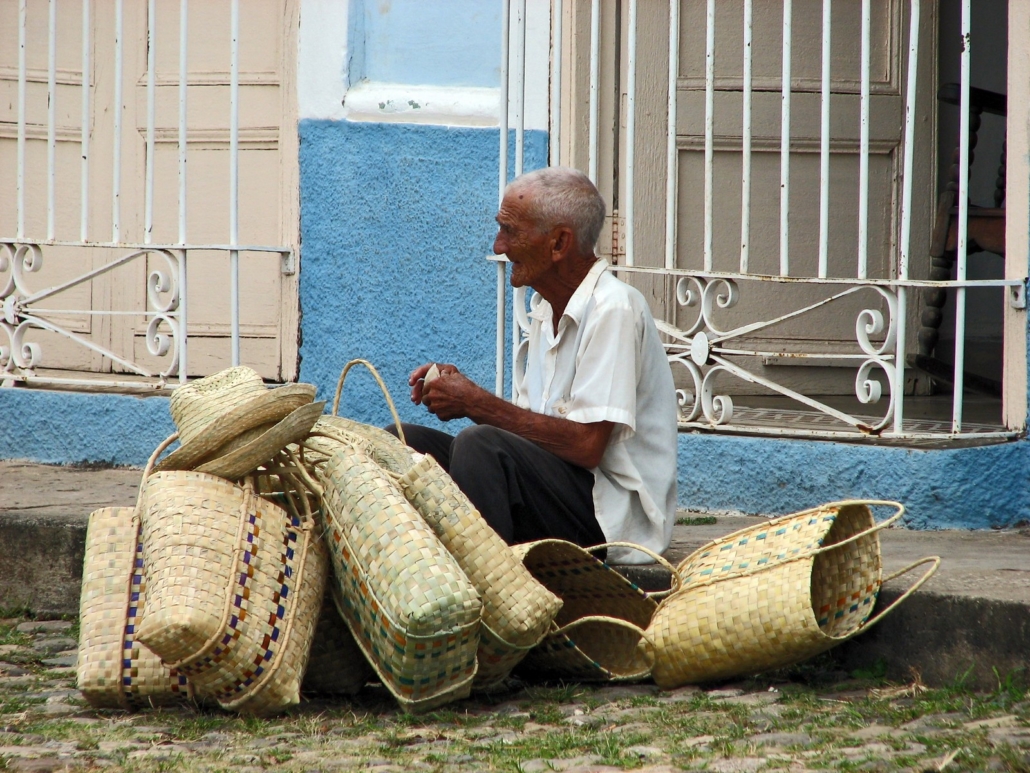 While some Cubans work hard their entire lives, outlooks are bleak due to cut assistance from the U.S. and Venezuela. Some seniors living on the country’s monthly retirement pension survive off of $10 a month.

Rationing books are a common item in many Cuban households. Cuba’s $10 a month pension makes it impossible for some seniors to live a normal lifestyle. Ration books help many Cuban seniors ration what food they can buy each month at heavily taxed prices. A majority of retired Cuban seniors do not actually retire. They continue to work out of little shops to try and sell whatever they can to make more money than their pension gives them.

An article for the German website Deutsche Welle talks about Cuban seniors that work after retirement to help alleviate some of the pressure that only $10 a month creates. One local man, Antonio Loreno Lozana, runs a small tobacco farm with one of his sons, which gives them an extra $150 a month when they sell to the state, including extra proceeds from selling coffee to tourists. Another man, Raul Bouza, sells small household products outside of his house. This is to pay for the license to run his business which costs 500 pesos, which is double the 240 pesos he receives from the government each month.

Cuba’s $10 a month pension means some Cubans will never actually have the chance to fully retire. Ebaristo Dia Dia, who is 85-years-old, works in a print shop in Havana where he folds boxes. He makes an extra 300 pesos a month and his boss offers him breakfast and lunch. Some citizens depend on tourists giving them small tips and donations. Some senior citizens are too old to work, so they rely on small donations from helping lost tourists find the right direction.

In Cuba, there is a law in which citizens over 65 can apply for less work-intensive jobs after retirement but many of these jobs require significant pay cuts and they lose certain benefits that help them with medical care and other expenses. Cuba is also unique in the sense that it is a developing country with free education and health care. Yet, many seniors are still working, and some through poor health conditions.

The only English-speaking Protestant church in Cuba provides the Elders Care Program, which offers a bundle of food to people involved with the program each week. This bundle costs about 36 pesos ($1.50 US) and includes a few taro roots, a few bananas, a tomato or two and a pound of black beans. This is where the ration book comes into use, rationing sugar, rice or a daily piece of bread which is vitally important for elderly Cubans to survive.

Cubans that receive this care from the Elders Care Program are extremely grateful. It helps add some form of nutrition and calories to their limited diet. An elderly couple interviewed in the article mentioned above, says they are very appreciative of the efforts the Elders Care Program puts forth. The husband stated that “We have a piece of chicken and five eggs per month. Eggs are a luxury. Sometimes all we have in a day are some beans and a bread bun.” This is an example of what extreme poverty some Cuban citizens are actually experiencing after retirement.

Without economic reform and cheap oil that used to come from Venezuela, the economy has stalled. Population rates are also declining in Cuba, which puts a damper on the Cuban economy even further. The country has essentially frozen pensions while rising inflation continues to eat up their value. The country is facing one of the biggest challenges it has faced in decades. The pension system has proven ineffective, and an economic recession and a huge impact on social services might happen in the near future.

The current impacts on the economy are only the beginning of what is to come in the future years for Cuba. Cuban society should prepare itself for the demographic issues that Cuba is dealing with. One broad solution is to increase the production of all Cuban goods. The second solution is for emigrants to return to Cuba. These solutions could take years to take effect, which is time that Cuba does not necessarily have.

Cuba’s $10 a month pension is not a sustainable, proper solution for any retired Cuban. Although assistance programs exist, none of these programs allow for enough money to flow to each household. There are not enough solutions in order to solidify a plan that the government can follow in order to gain more money for each retiree. The government will most likely require aid from a foreign country and will have to reform many laws that put in place more solid, long-term solutions for Cuba’s retired population. The current programs in place cannot support the growing number of retiring citizens in Cuba at this time. The government needs to take certain measures in order to provide Cuba’s elderly with a solid monthly pension that provides them with funds for many necessities.