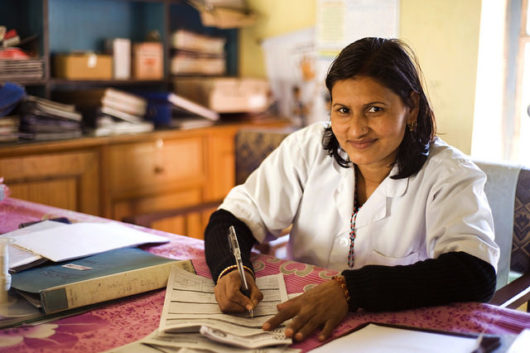 Just last year, it was announced that, for the first time in history, 50 percent of those infected with HIV/AIDS were receiving treatment. This landmark achievement is a massive process with different factors worldwide, but it’s all an interconnected humanitarian struggle against this life-threatening disease. As the year moves closer to 2019, it’s important to evaluate the measures being taken to keep the epidemic at bay and to take a closer look at the future of HIV/AIDS treatment worldwide.

A Survey of The World

The Joint United Nations Programme on HIV/AIDS, known as UNAIDS, reported in 2017 that, of the 36.7 million people living with HIV/AIDS, 19.5 million are now receiving life-saving treatment in the form of anti-retroviral drugs (ARVs).

This trend has risen steadily since 2014 when UNAIDS announced that, if countries could meet the following goals for 2030, the global HIV/AIDS epidemic would be eliminated. Some of these goals are:

These goals may seem as though it sets the bar high. However, after calculating the data from 168 countries in 2017, the world was already at 75-79-81. Several countries are doing exceedingly well: Iceland, Singapore, Sweden, Botswana, Cambodia, Denmark and the United Kingdom.

These nations have managed to keep the virus in 73 percent of the carrying population suppressed. This means that, after receiving HIV/AIDS treatment, 73 percent of individuals have such low levels of the virus in their blood that the disease is no longer transferable by them to another person.

Though the world has made tremendous progress in recent years in controlling the number of HIV patients, much of this progress has to do with aid provided by the U.S. In 2018, the Trump Administration has been proposing cuts to the U.S. Emergency Plan for AIDS Relief (PEPFAR) program. As one of America’s major global health initiatives, PEPFAR is responsible for HIV/AIDS treatment to millions of patients around the world.

President Trump’s budget proposal would strip PEPFAR’s funding from $6 billion to $5 billion. This is significant, as this program benefits those living along east and southern Africa. This area contains the highest concentration of those living with HIV/AIDS worldwide. The $1 billion cut would result in 1.8 million deaths over the next ten years in South Africa and The Ivory Coast alone. Those currently receiving ARV treatment will not lose their access to the life-saving medications they need because of the budget cuts.

Though the outcome for the future is uncertain, currently the world has been succeeding in the fight against HIV/AIDS, and HIV/AIDS treatment is becoming a reality worldwide. If countries worldwide can stay on track in meeting UNAIDS guidelines, then the global community may see this notorious virus eliminated by 2030. 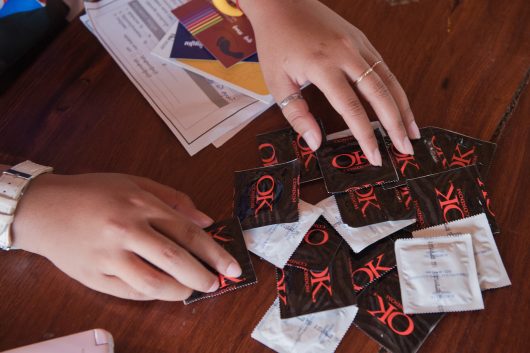 As the number of global HIV/AIDS cases and deaths continues to drop year to year, the government of India has taken the role of accelerating these promising results, passing a bill focused on the prevention and control of the dreaded disease.

Approved and amended by the government’s cabinet on Oct. 5, 2016, the promising piece of legislation primarily addresses eliminating HIV- and AIDS-related discrimination throughout the country.

According to the officially-titled “HIV and AIDS (Prevention and Control) Bill,” the denial or unfair treatment of people infected by HIV and AIDS with regard to employment, education, health care service, renting property and standing for public or private office is strictly prohibited.

This bill seeks to protect the rights of those directly affected with the disease by extending the freedom of choosing whether or not to disclose one’s HIV/AIDS status unless ordered by a court of law.

This right also spreads into the health care process by enhancing access to health care services through ensuring confidentiality and informed consent for HIV-related testing and treatment.

One of the most encouraging facts about the legislative measure is its lack of financial implications. Close to all the new established rights, freedoms and services declared in the bill have already been undertaken and integrated through helpful training and communication throughout India’s current systems of government.

From 2001 to 2012, the number of HIV infections was reduced by more than 50 percent in 26 countries, while 17 additional countries witnessed infections decline by between 25 and 49 percent. And India wasn’t absent.

According to The Gap Report of 2014, India too saw a 38 percent reduction in HIV infections among its citizens during this 12-year span. However, 2.1 million people were still newly infected in 2013 alone.

Looking to the future, the HIV/AIDS Prevention and Control Bill concludes with the ordering of both the Central and State governments of India to take immediate measures regarding the prevention and spread of the disease, the providing of anti-retroviral therapy and more.

Although cases of HIV/AIDS will continue to appear throughout the world, India undoubtedly took one step closer to eradicating the disease and eliminating needless judgment of others once and for all.