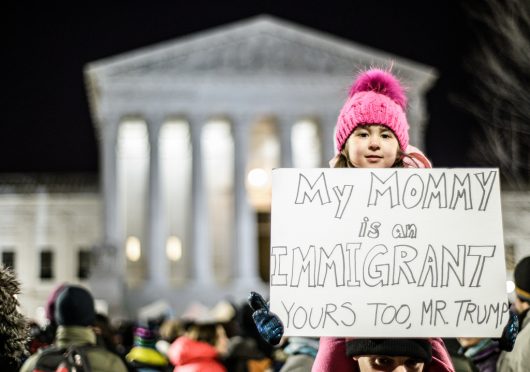 In the continuing fight for the rights of refugees, The Borgen Project is committed to working to reverse President Trump’s refugee ban. The executive order signed on Friday afternoon barred all refugees from entering the U.S. for 120 days, barred nationals from Iran, Iraq, Libya, Somalia, Sudan, Syria and Yemen for 90 days, and put a permanent ban on Syrian refugees.

President Trump’s refugee ban came as a surprise to diplomatic and airport staff in the U.S. and overseas, and many scrambled to respond with various interpretations. The executive order has caused protests and lawsuits and has drawn condemnation from dozens of diplomats and former President Barack Obama.

The current refugee crisis is unprecedented. The number of people displaced by conflict in 2016 was the highest since the end of the Second World War, at almost 60 million. Only joint solutions will credibly and effectively lessen the increasing suffering and social and political turmoil.

Therefore, labeling refugees fleeing conflict zones like Syria and other countries as terrorists has only made matters worse for these vulnerable individuals. A refugee is a person seeking shelter, a life of dignity, freedom and safety for themselves and their families. There is no excuse for treating other human beings who have come to the U.S. seeking these things with hostility, suspicion and intolerance.

About 30,000 Syrians have been evacuated from Aleppo, and 100,000 more are still fleeing violence in the area. Children continue to be massacred every day while the U.S., under this executive ban, is slamming its doors.

For all of the world’s refugees, do not look away. You can help change lives, not just for people in Syria, but for those in more than 90 countries who are fighting to overcome hunger, poverty and violence.

It is un-American to turn away those seeking safety and to discriminate against groups of people because of nationality and religion. Let us stand with refugees and not against them, in their hour of need. Remember that every refugee is someone’s mother, father, son, daughter, sister, brother or newborn baby.

You can call Congress and take action on this serious issue. Please stand with leaders from both parties to reverse President Trump’s refugee ban and welcome those in need of our help.