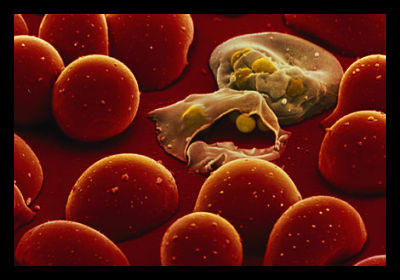 Malaria is caused by the parasite called Plasmodium and is transmitted through four different types of mosquitoes. It occurs in tropical and sub-tropical areas, though it is most common in the African Region. Malaria causes high fever, chills and other flu-like symptoms. Plus, if left untreated, this parasitic disease can cause death. Many global health and humanitarian aid organizations are focused on fighting malaria in developing countries while significant scientific research investigations into possible cures for this parasitic disease are also being done.

The World Health Organization (WHO) reports that in 2012, there were 217 million malaria cases and  627, 000 malaria related  deaths, mostly in African children. In fact, one child dies every minute from this disease in the African continent.

Where is Malaria Found?

Malaria is found in tropical and sub-tropical regions where there are warm temperatures, high humidity and lots of rainfall. In order for malaria to occur, the climate must be one in which anopheles mosquitoes can survive and multiply. The Plasmodium parasite must also be able to complete their life cycle inside the mosquitoes.

For example, the most severe strain of malaria cannot be transmitted in temperatures under 68 degrees Fahrenheit because the parasites themselves cannot complete their life cycle inside the mosquitoes. The warmest climates close to the equator thus have the highest rates of malaria transmission. In effect, this parasitic disease occurs year-round in endemic levels within sub-Saharan Africa, New Guinea and South America.

How is Malaria Spread?

Malaria is typically spread through the female anopheles mosquitoes. This particular mosquito is a “dusk-to-dawn” mosquito, meaning it only comes out at night, which is why people in warm climates are encouraged to use sleeping nets. When the mosquito bites someone already infected with malaria and ingests their blood, the parasite is taken in as well, developing inside them and infecting their saliva. Once the parasite has completed a full life-cycle within the mosquito, the disease will be spread to the subsequent humans bitten by the mosquito.

What are the Symptoms of Malaria?

Symptoms can range from mild flu-like symptoms to severe disease and death. However, if this parasitic disease is caught and treated effectively and promptly, it is usually not severe.  Malaria is split into two categories, complicated and uncomplicated. Symptoms of uncomplicated malaria include fever, chills, sweating, headaches, body aches, nausea and vomiting as well as fatigue. In countries where malaria is not common malaria is, in fact, often misdiagnosed as influenza.

Complicated malaria occurs when the organs, blood or the metabolic system are impaired. This can cause severe anemia, acute respiratory distress, low blood pressure, acute kidney failure or cerebral malaria which then causes abnormal behavior, seizures and loss of consciousness.

How is Malaria Treated?

The WHO recommends all suspected malaria cases be tested using parasite diagnostic testing. The most common treatment for malaria is the artemisinin-based combination therapy (ACT); however, resistance to antimalarial drugs is a recurring problem. Furthermore, access to testing and drugs often does not reach the poor communities where this parasitic disease is more prominent.

People with delicate immune systems are the most vulnerable to malaria; this includes young children, pregnant women and people infected with HIV. International travelers traveling to warm climates are also particularly susceptible, as are the friends, family, neighbors and co-workers of people who immigrate from countries where malaria is endemic.