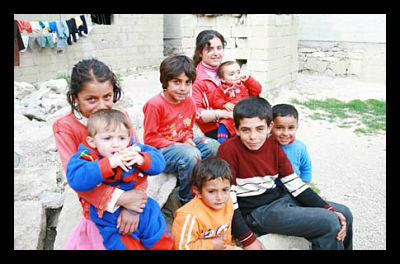 Ankara is Turkey’s capital and its second-largest city, second only to Istanbul. As more refugees from Syria seek refuge in Turkey, poverty rates increase.

Ankara’s skyscrapers and views make it a popular tourist destination, yet, evidence of poverty is littered throughout the city. The poverty line for Turkey is $4 USD per day. The number of individuals and families living below the poverty line is increasing as more and more Syrians cross into Turkey. Food is scarce among the poor and sanitary living conditions are growing increasingly rare. Approximately 20 percent of people in Ankara are living in poverty.

Poverty is connected with the level of education a person has, and in Ankara, education is a rare opportunity for many, particularly girls and women. Women do not usually work in Ankara, and if they do, they are limited to low-paying jobs such as babysitting or housecleaning. Women’s duties are primarily childcare and taking care of sick or elderly family members. In many cases, mothers pass duties down to their young daughters, who are then forced to quit school in order to maintain the household. Poverty has become cyclical in Ankara.

In Ankara, 13.1 percent of women are illiterate, while 5.1 percent of men are illiterate. In nearly all cases of poverty and migration, the reasons why women migrated from rural to urban areas are due to marriage or husband’s job, while men mostly migrate because they are searching for a job.

The a lack of adequate shelters and sanitary environments in Ankara further contribute to the dire circumstances of the urban poor. Health is also a growing concern in poor neighborhoods, which are often overcrowded, allowing diseases spread easily among individuals.

For Ankara, Turkey, the key to reducing and eliminating poverty may lie in education. As children are educated, a stronger foundation for Turkey is laid, and the road out of poverty begins to be paved.