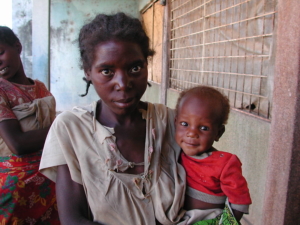 The drought in Angola is the worst the country has seen in four decades. Angola’s drought has initiated widespread food shortages and hunger among Angolans, touching as many as 1.3 million people in late September 2021. The World Food Programme (WFP) has recognized the dangers of the drought and its impact on Angola. As a result, it has begun to provide nutrition support in the country.

The Drought in South-West Angola

Angola’s rainy season typically occurs from November through April. The remaining months of the year are the “colder” season, and rainfall dwindles during that time. However, during the 2020-2021 rainy season, fewer than 100 millimeters of rain fell per month.

Based on averages from previous years, the predicted rainfall shows little to no rain predicted in December, which was often one of the months to receive the most rain in Angola. The Cunene, Huila and Namibe provinces have been bearing the brunt of Angola’s drought’s impacts. Climate experts have predicted that Angola’s drought will persist, and it already began impacting the agricultural and livestock sectors in Angola in April 2021.

The Impact of Drought in Angola

Angola’s drought has caused a loss of up to 40% of agricultural output. Most of the farms in Angola are small, communal farms designed to serve communities. The farms typically produce vegetables and fruits, such as cassava, bananas, potatoes, maize, sweet potatoes, citrus and pineapples. All these crops require low-to-medium levels of water, which under normal conditions, is not an issue.

The drought has increased food insecurity across Angola. The diminished crops and livestock have left more than 100,000 children under the age of 5 years old hungry. The number could increase over the next year.

Many in the workforce work in the agricultural sector, accounting for more than half of the labor force at approximately 50.2%. The lowest pay for an agricultural worker in Angola is 66,100 AOA, roughly $110 USD per month.

Many live in extreme poverty in Angola. With the low agricultural output, farmers are often unable to earn wages. As a result, poverty, which reached 88.5% in 2018, could rise further by the close of 2021.

Angola’s drought has brought distinct challenges to the country, but even though the situation seems dire, the World Food Programme (WFP) has outlined plans to provide resources to the country, such as food and nutrition support. The WFP will likely set up food distribution centers. Additionally, the organization has analyzed the regions that the drought most impacted in order to organize relief efforts.

When Angola’s drought began, the WFP saw that its assistance would be necessary and initially collaborated with schools to provide food and nutrition to children, easing the burden for parents. However, the issue of food has extended beyond school. In fact, almost daily, children in Angola struggle to secure food.

The WFP is working with the officials representing the Angolan provinces to expand nutrition activities and outreach to maximize the effectiveness of their work. The WFP is a branch of the United Nations (U.N.), serving as the world’s largest aid relief organization. With funding from the U.N., WFP plans to secure $6.3 million to pay for the services and supplies to assist Angola.

The WFP’s aid will not undergo strict coordination and organization by WFP alone. The assistance will help Angola’s government regulate food security and nutrition mechanisms within each province to limit the necessity of WFP’s assistance later.

The WFP’s work in response to Angola’s drought will help the Angolan government build resilience and hopefully become less reliant on aid from organizations, such as the WFP.