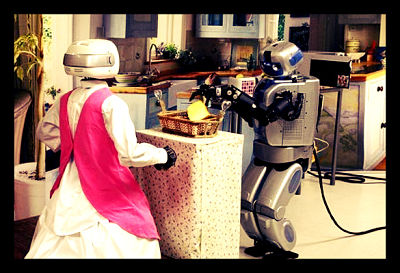 Over the past the decade the presence of technology in our everyday lives has been increasing exponentially. 10 years ago, the idea a small portable phone will be the central hub people use to interact with other people, as well as businesses and media, was far-fetched.

Smartphones today are now more advanced than the shuttles used to propel man to the moon during the Apollo missions. If the current advancement of technology continues its pace, we will soon face significant shifts in terms of how humans operate within our society.

Erik Brynjolfsson and Andrew McAfee write in the Huffington Post of the Second Machine Age. They argue that after tectonic corrections in the market, innovations tend to cascade into our society.

Both point out that the 1930’s was one of the most innovative decades in American history. And 30 years after the Great Depression, growth, productivity and living standards skyrocketed.

Comparisons between the Great Depression of the 1930’s and the Great Recession of 2008 lead these two to believe that we are on the cusp of a technological epoch.

So why is technology advancing so rapidly now? They point to three reasons.

Secondly, digital information is widely available to almost anyone. Digital products are able to be transmitted in mere seconds and are able to be copied endless amount of times.

And finally, the nature of digital technology allows it to be combined in different ways so as to create more value out of products.

The steady pace of technological innovation present at the moment will present numerous opportunities to many individuals. But some think it will also be disruptive of the current order of society.

Machines can do what humans can do but more precisely, faster and without rest. The reality of technology’s effectiveness could jeopardize many jobs; particularly for the middle class.

The Associated Press conducted a study in which it discovered most of the jobs that are being replaced by technology fall within the middle class wage range of $38,000 to $68,000. For example, between 2000 and 2010, 1.1 million secretaries left the workforce.

In North Carolina State University, a new library was unveiled completely devoid of librarians where robots retrieve books upon request. The books no longer are placed on shelves but in metal bins where they occupy a fraction of the space.

Meter readers for electricity companies are being pushed out of existence in favor of digital meters.

As technology advances, so will the livelihoods of millions, but its advancement can be quite disruptive. What happens when humans find themselves suddenly replaced by machines that can do the job more efficiently and lack the ability to complain to HR?