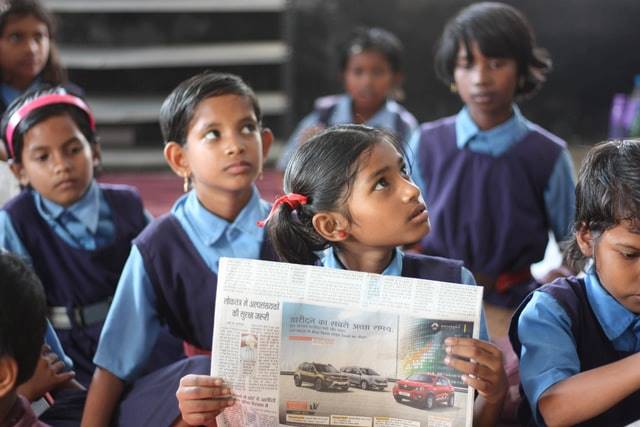 In India, the state of Bihar has one of the highest illiteracy rates in the country. For many impoverished children in India, quality education is out of reach. For this reason, many children are unable to rise out of poverty and pursue higher-paying jobs. Anand Kumar, a famous mathematician in India, set his mind to solve this issue through the Super 30 program.

Anand Kumar grew up living near the railway tracks in a town in India called Patna located in the state of Bihar. His family was not financially stable yet his parents were very supportive of his education. Over time, Kumar discovered a passion for mathematics, which his parents encouraged him to pursue. While studying toward his bachelor’s degree in mathematics, he produced theoretical papers that “were published in foreign journals.” Kumar seemed certain of a bright future in mathematics.

His next step was to study toward a master’s degree in mathematics at Cambridge University. However, his father’s death in 1994 left his family financially unstable, leaving him unable to pursue this plan. In order to support his family, Kumar assisted his mother in selling “papad and wafers” on the streets of Patna. According to the Times of India, in order to continue studying mathematics, Kumar traveled to Varanasi to study at the Banaras Hindu University (NHU) library and access foreign mathematical journals. Not long after, in 1992, Kumar decided to open his own mathematical school, the Ramanujan School of Mathematics.

In 2002, an impoverished student of Kumar’s came to him seeking coaching for the entrance exam for the Indian Institute of Technology (IIT). However, the student was unable to afford the exam registration fee. At this very moment, Kumar came up with the idea for the Super 30 program. Each year, the Super 30 program selects 30 high-achieving academic students from impoverished families to receive “free lodging, boarding and coaching” in preparation for the IIT exam. After much coaching, many of these students are able to successfully pass the IIT exam.

The Importance of Super 30

Kumar’s Super 30 program operates on the premise that all children deserve an equal chance at success in education, regardless of their financial background. Some of the most intelligent children can be found in India’s most impoverished areas, yet they are at an immediate disadvantage because they cannot afford the private exam coaching and tutoring that children from wealthier families can afford.

Kumar’s students have a high success rate. In 2017, all 30 of his students passed the IIT exam. Since the beginning of the Super 30 program, Kumar’s coaching has benefited more than 500 students who are now qualified engineers.

These children, who were once unable to receive a quality education, are able to pursue their dreams of attending the most prestigious schools in India. Furthermore, with their final qualifications, these disadvantaged children can secure high-paying jobs that will enable them to break cycles of poverty. Programs such as Super 30 emphasize education as a proven tool for empowering children to rise out of poverty.

Super 30 has also inspired others to create similar programs. The Maharashtra Government was inspired to create its own Super 50 program to not only prepare underserved children for IIT exams but for other medical and engineering programs as well.

Programs such as Super 30 serve as a stepping stone to success. By inspiring more institutions to start similar programs, Kumar hopes for the world to come together to reduce global poverty through the power of education.