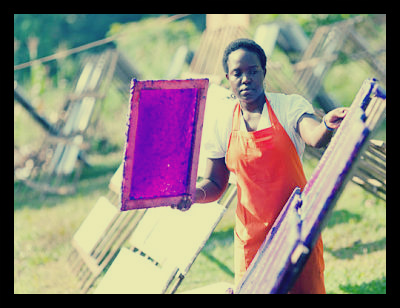 In the rural Nicaraguan community of La Laguna, Ana Cecilia Acuña is joining the ranks of a growing group of women entrepreneurs worldwide and defying the traditional gender roles of her community while improving the lives of everyone around her. Ana grew up in poverty, often without enough food to eat and working when she was young to pay for school. As an adult, Ana opened up a store that feeds her community with items such as oil and rice funded by micro loans from the non-profit organization Opportunity International.

One problem that faced her community was obtaining potable water from a viable source. With encouragement from Opportunity International, she joined the La Laguna Community Cooperative and later became the first woman member of the board. The cooperative then received a loan for enough money to dig a well and create water pipes that serve many of the families in the community. Soon they plan to have potable water running to each of the 3,800 people in the area. Fresh water in their homes supplants the previous method of walking seven kilometers to fill up a bucket of water. Currently, Ana Cecilia Acuña is one of five employees of the cooperative and is proud to make enough money to move out of her mother’s house and pay for her son’s school fees.

According to Vicki Escarra of Opportunity International, “when a woman is given an opportunity to change her life, she invests 90% back into her family.” From there the women entrepreneurs will invest what they make into their community. It is with the belief in this principal that Opportunity International hopes to raise $50 million for their One Woman Initiative that will provide two million women worldwide, like Ana, with loans to start their own small business. Seventy percent of the people who live on $2 or less a day are women. It is easy to feel helpless to make real change when faced with the daunting statistics of poverty, but the growing popularity of organizations that fund entrepreneurs using micro loans make it more accessible than ever to make real change in someone’s life on a small budget.