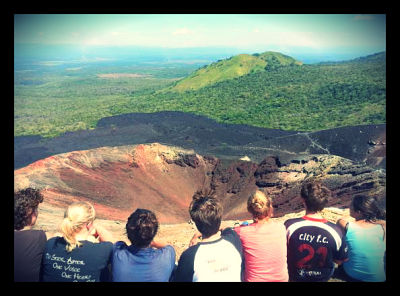 What does a word leader look like? Presidents, executives, members of Congress, and those with major publicity are probably the first people that come to mind.

Yet there are some leaders that don’t get this same attention. These leaders are in the background, changing communities one step at a time and building life long bonds to international cultures that can’t be diminished.

These leaders are the young students of the Amigos de Las Americas organization. Founded in 1965, Amigos stresses the importance of leaders and advocates out in the communities today. Developing leadership and cultural skills, Amigos sends high school and college students out into international communities, where developed skills are used to implement change in health and education practices.

The community service projects that Amigos have been involved in have a profound impact on the people of Latin America. In just 48 years of operation, Amigos has administered nearly 8 million immunizations, given 63,904 medical screenings and planted nearly 300,000 trees in numerous communities of Latin America. They have constructed health facilities, homes and community centers, as well as nearly 38,000 restrooms.

The influence this organization has on Latin America can’t be overstated, and students have had an overwhelming response. Over two dozen chapters have opened up in America, including a large chapter in Austin. Eighteen states in America host these chapters and are involved in the Amigos organization.

Amigos have already begun planning ahead to the summer projects of 2014. Some of the places where students will participate include Peru, Paraguay, Nicaragua, and Ecuador. The organization accepts donations on their website to help fund these trips and other projects. For more information on how to apply for one of these trips, visit www.amigoslink.org.

There are no limits to becoming a leader. Make a difference now.