Last month, the creators of #GirlWithABook, a project advocating for girl’s education, had the opportunity to meet Malala Yousafzai, their inspiration. #GirlWithABook, the hashtag coined by college students Olivia Curl and Lena Shareef, has caught the attention of leaders and advocates worldwide.

Students at American University in Washington, D.C., Curl and Shareef shared the world’s reaction of astonishment and disgust after 14-year-old Pakistani Yousafzai was attacked on her way home from school in October 2012.

Malala Yousafzai survived after she was shot in the head by the Taliban, and when United Nations Secretary-General Ban Ki-moon admonished the Taliban in an address to the world, his words stuck with the two American girls. Ki-moon explained that what frightens terrorists the most is “a girl with a book.”

Curl and Shareef decided to start a campaign based on those words. They sent out a call to action, asking their female friends and family to pose for photos with books and flood social media with the pictures accompanied by the hashtag #GirlWithABook.

“Stand with Malala Yousafzai and show the Taliban that there’s no way they can stop us girls from getting an education,” their website reads. “Post a picture of yourself reading a book or holding a sign of support.”

Just a month after the project had begun, hundreds of photos flooded in from notable figures around the world. Ki-moon is pictured reading to his granddaughter, violinist Midori sent in a photo and even scientist Jane Goodall participated in the campaign.

The overwhelming response from women’s education supporters worldwide prompted Curl and Shareef to compile all the photos into a book. The Secretary-General presented Yousafzai with the book on her 16th birthday, when she visited the United Nations headquarters in New York.

A year has passed since #GirlWithABook was published, but the excitement over the movement continues.

Recently, Curl and Shareef were invited to participate in a conversation about the Millennium Development Goals as a part of the U.N.’s 500 days of action. On August 18, the girls spent the day at United Nations headquarters, along with 500 other young people.

They had the opportunity to meet face to face with Yousafzai and her father, who showered the girls with words of encouragement to continue their advocacy efforts.

Lena Shareef speaks on behalf of her partner when she describes the future of #GirlWithABook: “If Malala wants us to keep going, then there’s no question that we will.” 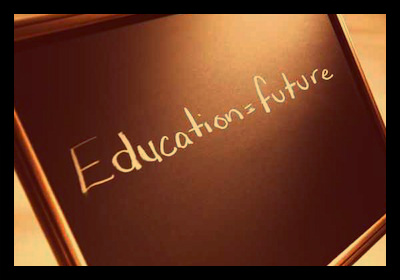 To say the least, the nation of Afghanistan has had a difficult start to the 21st Century. The brutal Taliban regime and September 11th led to the invasion by the U.S., whose occupation of the country has been long and tumultuous. While lifting the occupation at the end of 2014 could portend a turning point for the embattled nation, there are worries about the direction Afghanistan will head.

With this upcoming change, the best hope for the future lies in establishing a strong system of education in Afghanistan, something that has been struggling to work since well before the U.S. occupation.

Bitterness towards the Soviet occupiers resulted in those efforts ending in failure, resulting in the murders of some Soviet-backed teachers.

With the takeover of the Taliban in 1996, much of the education infrastructure that had been built up under old regimes came crashing down. The Taliban instituted strict religious education and banned women from getting an education. The University of Kabul was closed, cutting off the biggest higher learning institution in the country.

This reflected the uneducated populace the Taliban hoped to institute in order to establish their authoritarian rule, and the dangers that the lack of a stable education system carries.

The long U.S. occupation has caused a of turmoil for the people of Afghanistan. A state of constant warfare obviously is not the ideal situation to build a promising generation of citizens.

However, strides have been made in that direction. Education for women has been established again, despite the objections of some remaining hardliners. International aid has led to initiatives for building schools and the reestablishment of universities. Soon after the fall of the Taliban, the University of Kabul was re-opened, and in 2006 the American University of Afghanistan was built, a private university with special programs for the advancement of women.

Still, there have been many challenges in this process. Remnants of the Taliban in Afghanistan have interfered with education efforts, destroying schools and attacking women attempting to gain their independence. Also, the current Afghan government has had issues of corruption, even with the safeguards by U.S. Agency for International Development (USAID). Since 2001 the United States has spent $19 billion in developing Afghanistan’s infrastructure, still Afghanistan was ranked 175th in the Human Development Index.

Despite the difficulties in establishing a stable system of education in Afghanistan has gone through, the process is still of huge importance. The history of Afghanistan itself shows that. Investment in education is key to not only avoiding poverty, but creating a responsible citizenry. Organizations like the Borgen Project advocate for the importance of these issues and will continue to do so in the future.