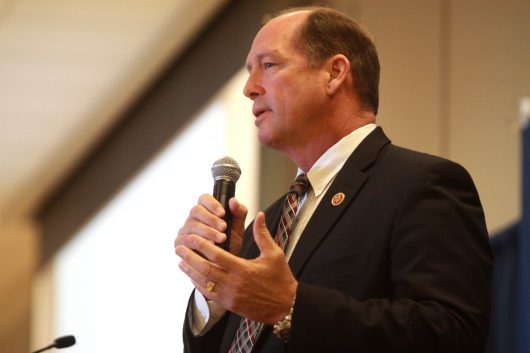 What is the Economic Growth and Development Act? Last year, Sen. Johnny Isakson (R-GA) introduced the Economic Growth and Development Act in the Senate. The bill, S.3227, ultimately sought to increase private sector investment in development projects and facilitate the coordination of such activities with publicly-funded U.S. assistance programs. In May of this year, Rep. Ted Yoho (R-FL), introduced a bill of the same name in the House. H.R.2747 is a bipartisan bill and currently has 19 cosponsors, Rep. Charles Dent (R-PA) being the most recent Congressman to cosponsor the bill July 19.

Sen. Isakson’s Senate bill did not make it past the committee, but as membership to the Congressional Caucus for Effective Foreign Assistance expands, there is hope for the new bill in the House. The new bill aims to “catalyze market-based economic growth in developing countries.” The bill seeks to achieve this by facilitating private sector investment through the creation of a President-directed “interagency mechanism to coordinate United States development programs and private sector investment.”

As a member of the House Foreign Affairs Committee, Rep. Yoho has a strong understanding of how foreign aid can be used as an important tool to maintain American leadership, foster ties and find allies overseas. With the new bill, Yoho seeks to build on programs such as the Millennium Challenge Corporation and the Power Africa initiative to modernize foreign aid delivery. The Economic Growth and Development Act aims to direct aid to developing countries in an accountable way that bolsters civic institutions, moving the standard from aid to trade.

The Economic Growth and Development Act acknowledges the changing nature of international aid. When the United States Agency for International Development (USAID) was founded in the early 1960s, aid made up more than 70% of resources flowing into developing countries. Today, private capital accounts for more than 80% of resources flowing into these countries. The new bill seeks to capitalize on this new paradigm and modernize how aid is delivered.

Despite the developing world’s decreasing reliance on foreign aid, the role of “smart U.S. government investment” remains. Global competitors, not governed by the same rules and standards as American companies, can put the U.S. private sector at a disadvantage in negotiations with foreign governments. The Economic Growth and Development Act seeks to unleash the potential of the private sector by connecting federal development agencies with American companies, taking into account the competitive hindrances facing U.S. companies in the developing world.

The Economic Growth and Development Act is another example of the bipartisan and bicameral nature of foreign aid bills. Last year’s passage of the Foreign Aid Transparency and Accountability Act showed the broad support for foreign aid in both the Republican and Democratic Parties. The Global Food Security Act and the Electrify Africa Act also passed with robust agreement and support from both sides of the aisle.

Using South Korea as an example, Rep. Yoho highlights the importance of foreign aid for the national interest and national security of the United States. American foreign aid and assistance helped South Korea emerge from post-war ruin to become a prominent democracy in East Asia, a vital ally in the region and a major trading partner of the United States. Rep. Yoho’s opinions on foreign aid have evolved since arriving in Washington in 2013. He was initially committed to cutting foreign aid, but after a “short study” he quickly learned that ceding U.S. leadership in this area would not be in the nation’s interest.

By connecting with existing federal programs, private enterprises can help provide the kind of assistance that enables countries to wean themselves off foreign aid. The Economic Growth and Development Act aims to build on this principle and provide better results for the recipient countries, create strong allies and continue the modernization of foreign aid delivery.

The time is now to let local representatives know that there is widespread support for this bill.

Bloomberg recently posted an article on how the unemployment rate has held steady at 6.7 percent while U.S. payrolls have increased, despite more Americans entering the labor force. This means that Americans who had stopped trying to find work are now renewing their job hunt. The limitations of U.S. government have had little to do with this hopeful sign. Here’s why:

1. People Assume The President Has Too Much Power

When it comes to economic policy, aside from tariffs or taxes, the Federal Reserve has the more relevant hand in the interest rates banks charge for loans, savings accounts, capital accounts and stocks.

The Federal Reserve controls the money supply by tinkering with bank reserve ratios or how much currency a bank can hold. The President can affect inflation through drastic action, such as removing the gold standard (see Richard Nixon).

2. People Assume The President Has Too Little Power

The economy is not some ethereal being who lords over all controlling prices and jobs. The economy is the public. It is a market, in which people trade and consume, and income and prices fluctuate accordingly. The Federal Reserve simply reacts to the behavior of people, not the other way around.

It all hinges on something called aggregate demand, or how much the general population wants to consume and buy. The government does best when it does not interfere in markets at all. The Great Recession occurred because too many people put all their eggs in the housing bubble basket. The Great Depression occurred because people stopped consuming, lowering the money supply, and demanded money from banks with insufficient supply. Even now, as the unemployed population rejoins the workforce, they do so because of choice.

3. It all Runs in Cycles

Businesses and the markets they operate in run on cycles. There are booms, recessions and recoveries, and eventually this cycle repeats. It’s the ebb and flow of economics. If anticipated correctly, the cycles could pass through without any serious repercussions. However, the length between these cycles vary so widely, the public, the Federal Reserve, and the government often seem to forget about them. As a result, policies and behaviors are enacted that can prove detrimental once the cycle restarts.

This view of economics not only applies to the United States, but to the world as a whole. The power of the markets should lie with the people, and in a way, always has. Unless the government is linked directly to markets or totalitarianism, its economic power is somewhat limited. The government can guide and suggest movements for businesses, but at the end of the day, its not the government, the Federal Reserve, or the President that determines the one’s livelihood: it’s the individual. 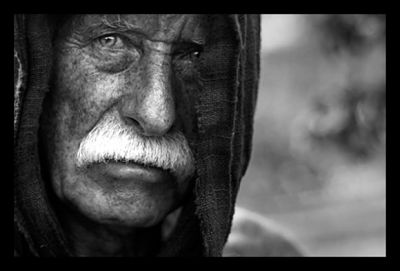 The answer to the question depends on who you ask. Almost 50 million Americans fall below the poverty line while close to another 100 million are considered “low income.” The gap between rich and poor in America is widening; while many Americans are struggling, CEO and executive pay apparently jumped significantly.

Moira Herbst for The Guardian reports that U.S. GDP figures are down almost 2% in 2013 and says that it’s an issue of demand: people just don’t have enough money to pay for stuff. Low-to-minimum wage positions are being added amid cuts of high-priority, private and government sector positions. Unemployment nationally is at almost 8%.

Despite the economic upheaval in the U.S., those who are poor still enjoy a higher standard of living compared to their counterparts in the developing world. Surprisingly, the bottom 10% in America are better off financially than many people who would be considered wealthy in India.