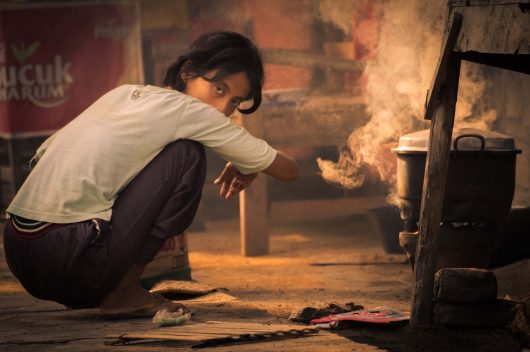 Indonesia is one of many countries around the world wanting to do their part in reversing climate change and protecting the planet for years to come. Working with the World Coal Association (WCA), Indonesia hopes to implement clean coal technology in plants across the country. Clean coal technology in Indonesia works in a number of ways to burn coal more efficiently and with less adverse effects on the environment.

One method of making the coal burning process cleaner is known as coal washing. In this method, Indonesian facilities would remove unwanted mineral deposits by crushing the coal down and mixing it with a liquid that clears away the undesirables minerals.

Another tactic for cleaning coal involves the use of wet scrubbers to target sulfur dioxide, which causes acid rain, and remove it before burning. In order to avoid burning coal altogether, gasification could be implemented to separate carbon molecules. This process creates what is known as syngas, which is an amalgam of carbon monoxide and hydrogen used in gas turbines to convert heat energy into electricity.

While use of this technology may be more expensive than the less efficient alternative, Indonesia wants to make good on the Paris Agreement, enacted earlier in 2016. Indonesia committed to reducing greenhouse gas emissions by 29% alone by 2030 or up to 41% with help from foreign aid.

As the fourth-largest coal producer in the world, it is essential that Indonesia take the necessary steps to ensure the country becomes a positive example for coal burning nations around the world. Clean coal technology in Indonesia has more to offer its citizens than merely reducing the output of greenhouse gases. Switching to these technologies will require skilled Indonesian workers, therefore creating jobs and stimulating economic growth.

The American Coalition for Clean Coal Electricity conducted a study that supported a growth of 150,000 jobs by building 124 new clean coal power plants. Strategies like these could be implemented to achieve similarly positive results in Indonesia’s coal industry.

Initiatives like these bring the world together in order to achieve a common goal. Indonesia is working to support this global mission for job growth, cleaner energy, and a better planet for future generations.