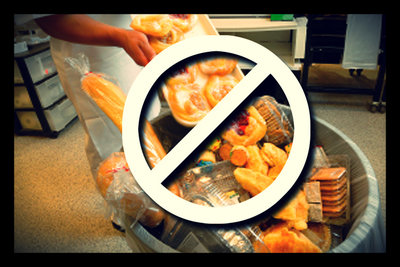 Did you know that the average American wastes almost 20 pounds of food a month? How about that 4 out of every 10 pounds of food produced in the United States goes to waste? These surprising facts – gleaned from recent scientific research calling for reduced food waste – was discussed at the 245th National Meeting & Exposition of the American Chemical Society last week in New Orleans, Louisiana.

The topic of reduced food waste, along with various other subjects highlighting specific energy and sustainability challenges was raised in order to meet the needs of an estimated worldwide population of nine billion by 2050. As the global population increases and demands greater food quality – via development and increased standards of living – new and creative methods of food security must be implemented in order to prevent future agricultural and energy constraints. John Floros, dean of the College of Agriculture at Kansas State remarked that “We will need another ‘Green Revolution‘ to feed the world by 2050, That will mean scientific innovations, such as new strains of the big three grains — rice, wheat and corn — adapted for a changing climate and other conditions. It also will require action to reduce a terrible waste of food that gets too little attention.”

The emergence of the Chinese middle class – roughly the size of the entire US population – was a popular topic, including their greater demand for energy and evolving dietary tastes predicted to strain worldwide energy and food resources, necessitating increased sustainability and seed development. By taking the first steps in raising awareness of issues such as reduced food waste, scientists are optimistic about meeting future food security challenges through greater collaboration and agricultural research. John Floros further remarked that “Consumers, industry, universities and governments all need to pitch in. The first step is more awareness of these issues and the need for action on multiple levels of society.”