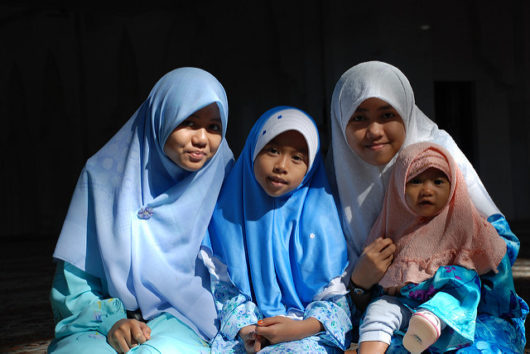 Unemployment in Saudi Arabia reached a record high 12.9 percent in the first fiscal quarter of 2018. To alleviate this number and the ever-present wealth gap, Crown Prince Mohammed bin Salman has announced various social and economic reforms he hopes will mark a turning point in Saudi Arabian growth.

Consistently one of the world’s top oil producers, Saudi Arabia hopes to lessen its dependence on the financially unstable resource to create a more diverse economy and to generate more jobs for its citizens.

The Saudi government will, however, continue to rely on oil for the foreseeable future in order to generate the capital that will allow them to invest in non-oil industry, ultimately alleviating the country’s reliance on oil.

Moving Away from Oil

Saudi Arabia has already shown a significant shift toward non-oil markets, specifically in the form of entertainment. The ban on movie theaters was recently lifted, and AMC Theaters proposed a plan to construct 40 theatres across 15 Saudi Arabian cities within the next five years, and a total of 100 theatres by 2030.

By introducing leisure-centric businesses, the Saudi government hopes to encourage spending by wealthy citizens while simultaneously providing jobs for the country’s impoverished citizens.

A major component affecting unemployment in Saudi Arabia is the number of foreign workers employed by private companies. Non-nationals account for 80 percent of the workforce, as they are typically migrants from neighboring countries willing to work for less than asked by Saudi Arabian citizens.

The Saudi Arabian government has announced in a series of reform plans, including the ambitious Vision 2030, that the country will invest in education for its people to prepare them to participate in the workforce. Additionally, the kingdom proposed strict nationalization quotas in the private sectors, meaning businesses will be required to hire a much higher rate of citizen workers.

By the end of the next decade, Saudi Arabia hopes that by investing in private enterprises and encouraging those enterprises to prioritize hiring Saudi nationals, they may increase the GDP generated by small businesses from 20 percent to 35 percent while simultaneously lowering the unemployment rate to 7 percent.

Beyond the humanitarian benefits that come from Saudi Arabia granting women many previously-withheld privileges, this key piece of social reform has the potential to bolster the economy by creating a new demographic of workers and consumers.

With nearly half the population of Saudi Arabia being female, introducing women to the workforce will allow for supplemental income in lower-class homes and help to fill the demand once nationalization quotas for small businesses are implemented.

The Saudi government expects social and economic reform to work cyclically, meaning that as previously marginalized people are introduced to the workforce, these members of society will help to grow the economy. This will then, in turn, create new businesses in need of more workers.

Although Saudi Arabia is making very notable progress in terms of economic and social growth, it may take time for its efforts to translate to noticeable change. Many foreign and domestic investors remain wary of investing in Saudi Arabia, which are sentiments to be expected when a country announces major renovation.

However, once changes begin to take place and progress starts to show, investors may see the country as a place of economic potential. If the plans put forth in Vision 2030 come to fruition, unemployment in Saudi Arabia may dramatically decrease, and the country may find itself in a place of great economic development.