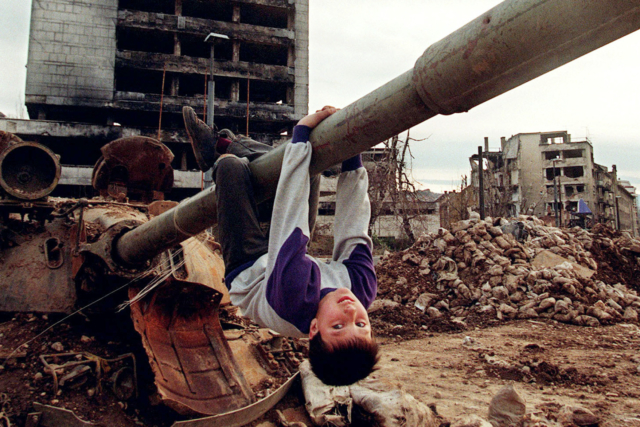 The Bosnian War ended in 1995 with the signing of the Dayton Peace Accords, yet its impact reverberates throughout the country today. The Bosnian War was a three-year conflict between ethnic groups comprising of the former Republic of Yugoslavia, Bosnian Muslims (Bosniaks), Serbs and Croats. According to the United Nations High Commissioner for Refugees (UNHCR), roughly 80% of Bosniaks died during the war. As a result of the war, homelessness in Bosnia and Herzegovina became rampant, leaving thousands without shelter. As of 2018, more than 90,000 refugees of the Bosnian War remain internally displaced, many of whom currently live in collective centers across the country. Homelessness in Bosnia and Herzegovina became a harsh reminder of the trauma endured more than two decades ago. It also serves as a reminder of the enduring challenges of post-war reconstruction.

Data regarding the extent of homelessness in Bosnia and Herzegovina is elusive. There has only been one census completed since the conclusion of the war, limiting the government’s ability to support the homeless. Refugees and internally displaced persons are eligible for housing assistance under the Dayton Peace Accords. However, government monitoring makes the accessibility of these resources difficult.

A study by Hilfswerk Austria International, one of the few studies about the need for social housing in Bosnia, revealed data about the thousands of families who are not eligible for aid under the Dayton Accords. As of 2010, 395 families were living in collective centers. Meanwhile, another 553 families were living in temporary housing such as barracks. Roughly 359 families lived in improvised shelters and 219 families lived on the street without shelter.  Since 2010, social programs have emerged to support the homeless in Bosnia and Herzegovina.

Under the Dayton Accords, the government pledged to close down collective centers by 2020 to find more permanent housing solutions for refugees and internally displaced persons. In the last decade, the Regional Housing Programme has worked to do just that. By 2018, the program had already changed the lives of about 14,000 people. The program has six specific sub-projects with particular goals.

While Bosnia-Herzegovina continues to address its poverty following the Bosnian War, a new refugee crisis threatens the country’s progress. Since 2018, an estimated 60,000 migrants arrived in Bosnia and Herzegovina. About 8,000 migrants are currently in Bosnia due to immigration restrictions during the COVID-19 pandemic. As of January 2021, 6,000 of the refugees are in housing centers. Now, Around 2,000 homeless people are trying to survive the severe winter in the country.

In December 2020, the situation became increasingly worse, as a fire destroyed a migrant camp called Lipa in the northwestern part of Bosnia-Herzegovina. The other major camp in Bihac, just 15 miles north of the Lipa camp, closed in the fall of 2020. Despite the dangerous conditions at the destroyed Lipa camp and requests from the European Union, the mayor of Bihac still refuses to reopen the Bihac camp.

The European Union was specifically concerned with the freezing Bosnian temperatures as migrants who previously resided at Lipa now lacked shelter. In response, the Bosnian military set up 20 heated tents to accommodate hundreds of these migrants. Additionally, NGOs have also been working to support those displaced. Fresh Response, a volunteer-driven humanitarian organization has been aiding refugees in Bosnia and Herzegovina since 2019. The organization provides information, referrals for medical support and resources such as sleeping bags, jackets and blankets to those in need.

Homelessness in Bosnia and Herzegovina is largely a tale of two converging refugee crises. Social programs and NGOs are working hard to provide for those displaced and have made major progress in helping the country’s homeless population. In the future, a collaboration between the European Union, advocacy groups and different Bosnian cantons will be able to increase safety, security and shelter for homeless people, hopefully ending the crisis for refugees.