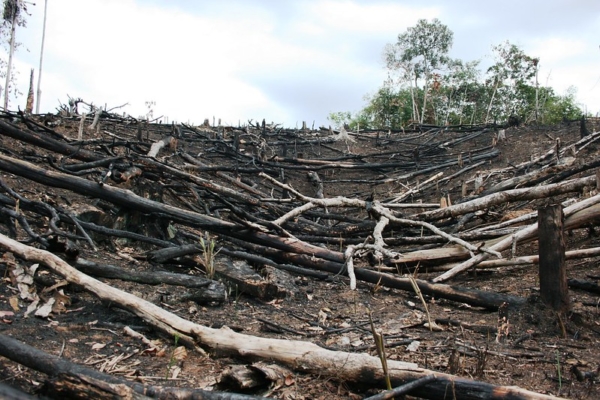 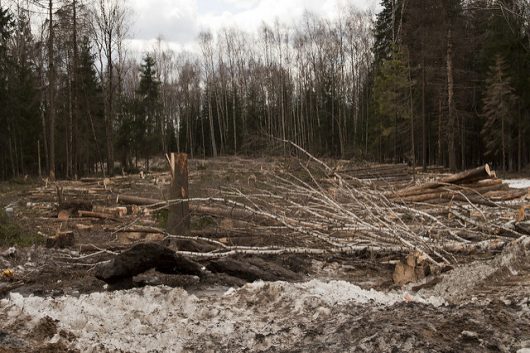 Deforestation and poverty have had a close relationship to one another for a very long time. Individuals around the world have used wood either as a fuel for fire, shelter or weapons for hundreds of thousands of years. Nowadays, communities around the world that are not prosperous enough to survive begin to rely on selling wood and clearing forests in order to survive.

Much of the deforestation today is illegal. However, there are still communities that continue to subsist on illegally-felled wood. In fact, a World Bank report estimated that “illegal loggers cut down an area of forest the size of a football field every two seconds.” This cannot continue. Forests are vital to sustaining the worldwide ecosystem.

Currently, the top three countries involved in deforestation are Russia (mostly in the east), Brazil and the United States of America, which still has plenty of woodland. The U.S. is prosperous enough that it can afford to put resources into sustainable practices, such as replanting trees and improving enforcement of the law.

However, most other countries cannot afford these things. Most of the illegal logging comes from Russia, Brazil and China, attributing to 16.9 percent, 16.0 percent and 12.3 percent of all illegal logging worldwide, respectively.

It is unknown, though, whether the communities which do the illegal felling are in fact severely poor. Because people who are committing this crime do not want to expose themselves, there are few to no statistics on the exact portion of deforestation that is due to poverty. All three countries have relatively low GDP per capita’s though (between $8,000-$9,000 U.S. Dollars) as well as high GINI indices of above 41, which suggest that many of the communities in those countries survive on deforestation, are very poor.

However, we must be careful to not generalize this for all illegal deforestation. In fact, according to Forests News, big corporations are responsible for fueling this industry, as they can gain profits from agricultural land. Putting pressure on these businesses, such as McDonalds or Asia Pulp & Paper (APP), will likely lessen the effect of deforestation. However, it won’t help the poor become more prosperous, and it will likely make them even poorer.

Deforestation is vital for farmers who want to expand their farms to create more food for the world’s hungry. Unfortunately, solutions to the problem require worldwide participation against unsustainable practices and, of course, general poverty.

Even if we as a humankind were, in theory, to halt deforestation completely, it would mean that millions of people would potentially go hungry and disrupt the world economy. Therefore, the solutions must be carefully implemented over time.

For deforestation, it has invested more money into protecting the forest: 10 percent of the Amazon is now a protected area. For poverty, it created a slew of social programs, such the updating infrastructure, paid school attendance across the country and, most importantly, created “first global center for poverty reduction” called “Mundo Sem Pobreza.” Together, the two programs have worked in tandem to make the country the next big leader in fighting poverty and deforestation.

If Russia and China can learn from Brazil and focus on these issues in their respective nations, humanity will make great strides in battling both world poverty and climate change. 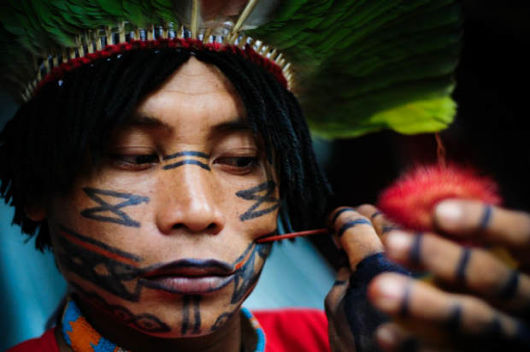 As the world became increasingly globalized and populated, many companies struggled to keep up with the demand for their goods. When they came upon the abundance of resources and land that lay within the Amazon rainforest, those struggles seemed to melt away; however, this marked the beginning of many issues for the people living within this tropical wonderland.

The Amazon rainforest has one of the largest collections of plant and animal species in the entire world. There are countless organisms within its realm that have not even been discovered yet. However, many creatures, insects, flora and more will remain undiscovered and unknown to us because their habitats are being destroyed by large corporations clearing land for factories and plantations.

However, the flora and fauna are not the only ones in danger. Several of the indigenous tribes in the Amazon have lost their homes and sources of income and food. These individuals had learned to live off of the land sustainably and had carried on living this way for thousands of years, but are now left to find alternate methods of work and shelter with little to no time at all.

Since many of the indigenous people have gone most of their lives without a strong education, corporations are hiring them to work in the very factories for which their homes were destroyed. In these factories, workers receive meager wages and are forced to work in tough conditions; many report illnesses from the pesticides and chemicals used in the preparation of the goods that they are producing.

In most countries, the government could begin to take action against big companies coming in and destroying the environment. With the amazing profit that is being generated, however, it is no wonder that many Latin American governments are not taking the steps to prevent this movement. While this—working in factories located on land cleared in the Amazon rainforest—is the case for some, high concentrations of indigenous people can be found in urban areas. These individuals have come here to get work and perhaps to adapt themselves to a different way of life. Many of the indigenous people feel targeted as more and more laws are made to rip them from their land, forcing them into lives of submission. For many, this is not tolerable, and thus many guerrilla, anti-government militant factions gain support. However, some NGOs are ready to turn all of this around.

One NGO called Escuela Nueva is doing wonderful work to shift the focus of the classroom from the teachers to the students. This Colombian-based organization has expanded to include over 14 Latin American countries and strives to promote a new, innovative and interactive classroom style. This gives the children the feeling that they are in control of their own futures and provides them with a chance to rise up. Since 1993, several studies have shown that the techniques used in Escuela Nueva have raised grades and self-esteem, promoted gender equality and increased cooperation. This model has been recognized as one of the top education reforms in the world and has been implemented in several other developing countries.

It is hard to imagine a life without a home and without great promise of a future, but somewhere deep within the Amazon rainforest, hope is growing among a people who are not yet ready to give up.