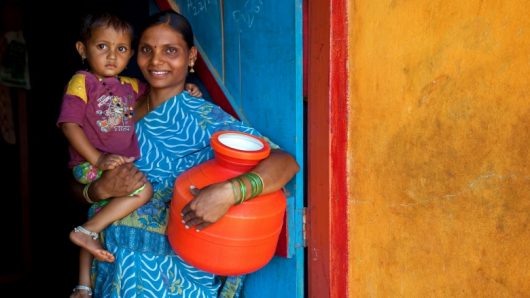 Bihar is one of the poorest states in India as approximately 55 percent of the population lives below the poverty line. There is an overwhelming need for quality health care facilities and workers in this region. In the past ten years, the World Bank Group and the Bill and Melinda Gates Foundation have made great strides toward the improvement of healthcare in Bihar.

The World Bank’s collaboration with the Bihar Government led to an increase in the accountability and accessibility of healthcare from 2005 to 2008. By 2008, the number of outpatients visiting a government hospital grew from 39 per month to almost 4,500. The number of babies delivered in healthcare facilities also increased from some 100,000 to 780,000.

Bihar’s infant and maternal mortality rates are higher than India’s national average. According to the Sample Registration Survey in India conducted in 2013, 208 women per 100,000 died during childbirth. Furthermore, 28 out of every 1,000 newborns die within their first month of life.

Most of these deaths are preventable if basic care is provided to women and newborns during and immediately following childbirth. Unfortunately, the infrastructure of healthcare in Bihar falls short in nearly all required categories, including the number of health assistants and nurses.

According to the Huffington Post, there are not enough nurses in Bihar to allow for lengthy off-site training to prepare nurses for treatment of postpartum hemorrhage or premature births while also keeping health facilities adequately staffed.

In order to improve maternal health and newborn care, the Bill and Melinda Gates Foundation along with the Bihar Government launched a Mobile Nurse Mentoring Program called AMANAT.

Through AMANAT, nurses in public health facilities are mentored on-site by mobile nurse mentors, who ensure that basic standards of care are provided for pregnant women and newborns.

The program has greatly improved healthcare in Bihar for women and children before and after deliveries since its implementation in 2012. A few of these improvements include:

The number of stillbirths declined from 19 to 12 per 1,000 live births due to improvements in basic care practices. AMANAT was implemented in 160 public health facilities across Bihar and is expected to be administered in 240 over the course of this year.

There is a long way to go in creating a stable system of healthcare in Bihar. However, these crucial improvements made by the World Bank, the Bill and Melinda Gates Foundation and Bihar’s Government have saved and will continue to save countless maternal and newborn lives.