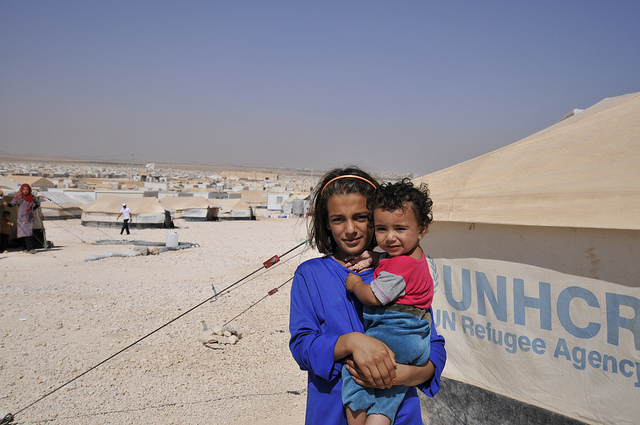 Refugees are a reoccurring topic in the global news cycle recently and yet their living situations are rarely understood. The common picture on the news of long lines at refugee camps is a sad one that illustrates the unfortunate conditions displaced people often live in. Fortunately, it does not need to be this way. According to the U.N.’s official policy, alternatives to refugee camps should be pursued whenever possible as they increase the freedom of their inhabitants, build a sustainable community and reduce costs.

The Problems with Camps

While camps are one of the first things that come to mind when talking about refugees, they are far from an ideal setting. The most glaring issue with camps is that they restrict the freedom of their residents. According to the United Nations High Commissioner for Refugees, the defining feature of a camp…”is some degree of limitation on the rights and freedoms of refugees…”. This usually refers to restrictions on things like moving around, starting businesses or even protection services.

While restricting the freedom of refugees is bad from a human rights perspective, it also has negative implications for the countries hosting them. A key failure of camps is the inability to create a community. This makes it difficult for refugees to reintegrate to either their host or home countries after they leave the camp.

Despite these problems, there are always going to be situations where camps are unavoidable. Thankfully, by finding alternatives, the U.N. and other organizations would be better equipped to make the few necessary camps as hospitable as possible.

A Way Forward Through Alternatives

In contrast to camps, the U.N. says alternatives “will be defined by the degree to which refugees are able to exercise their rights”. One common feature of alternatives is that they allow refugees to hold jobs and participate in the local economy. This allows refugees to have somewhat of a normal life while they are displaced and lets them live with dignity in a community.  Refugees also integrate better back into their home communities when they have greater freedoms while displaced.

A shining example of this is an alternative employed with Sudanese refugees living in Nigeria. The group of refugees came from a tribe of nomads. Having restricted movement in a camp would have been such a disruption for their way of life that it would have been hard for them to reintegrate into their communities. The UNHCR recognized this and set them up in a situation where they could continue to move nomadically with their livestock. Out of this situation, a community market formed organically, allowing the refugees to live richer lives and integrate back into their home easier.

Alternatives can also provide an answer to conflicts that arrive between host countries and refugees. The clash of cultures that often occurs can alienate refugees and disrupt the host country’s citizens. A camp only exacerbates this problem by further isolating each group without taking either’s concerns into account. A key focus for alternatives is to pay attention to everyone’s perspective. The Nigerian example illustrates this well since the nomadic culture of the refugees allows them to live peacefully rather than struggling against being kept in a camp.

Alternatives to refugee camps should be pursued whenever possible. Protecting the freedom of refugees is vital to maintaining their dignity and helping them reintegrate once they can go back to their homes. While some sort of camp will always be necessary, the worst parts of them can be avoided and alternatives offer a bright path forward.