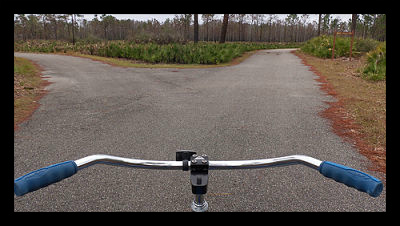 People who want to donate to charity are often overwhelmed by the number of causes and organizations that are working to make the world a better place.

Take for instance the ice bucket challenge, which has dominated social media for months. This fundraising campaign has provided the ALS Association, a charity involved in the research of Lou Gerhig’s disease, with an additional $3 million in donations. What has caused this influx in donations to ALS?

Research performed by Giving What We Can, a global poverty nonprofit, found that half of every dollar the association raised would have been donated toward charity. Charities are forced to compete for people’s attention and money, both of which are finite.

As a donor, how is one to decide which charity gets their money?

A study published in the Journal of Consumer Research investigated who donates more to charity and why they do so. The study found that people with a high sense of morality donated more, particularly if they empathized with the recipients.

Whether people felt empathy or not depended on how much they felt the recipient of aid was responsible for their own plight. Researchers also found that empathy was malleable. Participants were less likely to give to drug or alcohol rehab efforts until they were asked to discuss their own pasts. Instances of immoral behavior or wrongdoing increased their willingness to give.

While the number of charities can be daunting to a donor, the key to deciding which one to choose often lies in one’s own values. Empathy, sympathy and common beliefs often lead donors to specific charities which they can relate to. Knowing your own values will help narrow down the search.

There are many resources online for investigating charities and finding ones that match your guidelines. Guidestar, Charity Navigator and the BBB Wise Giving Alliance all provide analyses of charities.

All three organizations look at where a charity’s money goes. They look at tax forms and spending reports to see what ratio is spent on the cause the charity is advocating for versus how much is spent on other costs. They will also help you find organizations based on your interests.

Guidestar attempts to stay neutral, only posting the information. Charity Navigator gives charities a one to four star rating, with zero stars given in extreme cases. The BBB Wise Giving Alliance gives charities that meet its criteria the option to purchase the rights to display the BBB’s seal of approval.

According to the New York Times, Charity Navigator is the most user-friendly, although Guidestar is a neutral source and the BBB has a pragmatic approach.

You can use all of these resources to research and compare organizations of interest to you. If a charity aligns with your own personal vision and values, that charity might be the best fit.

A helpful method is:

The ALS Association may be the best fit for what you want to invest your money in, but doing the research first allows you to make an informed decision about where your money is going and what it is actually doing for the cause.