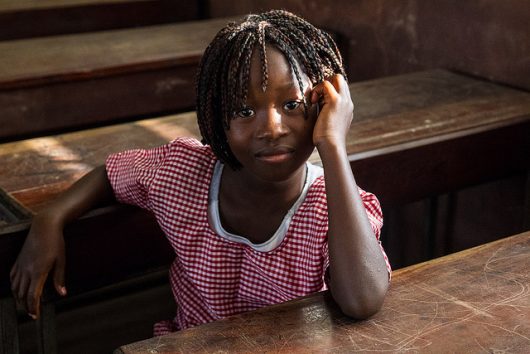 Still in the early stages of transitioning into a constitutional democracy after decades of authoritarian rule, Guinea still has significant room for improvement regarding its human rights. Guinea struggles with issues such as state-sponsored violence against dissidents, violence against women and restrictions on freedom of the press. Despite the implementation of the modified Criminal Code in 2016 – which criminalized torture and abolished the death penalty for ordinary crimes – the defamation and insulting of public figures remain punishable by up to five years’ imprisonment. With a score of 41 out of 100 in Freedom House’s Freedom in the World 2017 report, Guinea continues to be classified as a Partly Free nation.

According to the United States Department of State’s 2016 Human Rights Report on Guinea, the country’s second democratic presidential campaign in 2015 was more peaceful than the previous one in 2010 or the 2013 legislative elections. Incumbent president Alpha Condé won re-election with 58 percent of the vote. The report does mention, however, that a few deaths still occurred during confrontations between demonstrators and state security forces.

Human Rights Watch has reported that the election was flawed, though Condé’s government took steps in 2016 to consolidate the rule of law and address the excessive use of force employed by security forces. Human rights violations by these security forces have reportedly decreased, but the Guinean judiciary appears to have done little to investigate past instances of state-sponsored violence – except the 2009 massacre of unarmed protesters. The massacre occurred under the military rule of Moussa Dadis Camara and resulted in the death of over 100 protesters. According to Human Rights Watch, while the investigation received political and financial support from the government, there was significant failure to suspend high-ranking government suspects from their positions.

In addition to the use of force against dissidents, the freedoms of speech, press and assembly are also restricted in order to decrease public criticism of the government. Since 2016, there have been multiple cases of citizens being imprisoned or fined for defamation or being in “contempt of the President.” In June 2016, journalist Malick Bouya Kébé of a private radio station was fined one million Guinean francs (approximately $112) for complicity in contempt of the President; he failed to interrupt a listener who criticized the president during a phone-in segment. His listener, another journalist, was sentenced to a year in prison and fined 1.5 million Guinean francs (approximately $168). To put this in perspective, the average annual income in Guinea is approximately $446. Both were tried without access to a lawyer.

Discrimination and violence against women and girls have also been human rights issues needing improvement in Guinea. In accordance with Guinean law, violence against women causing injury is punishable by up to five years in prison and a maximum fine of 30,000 Guinean francs (approximately $3.30). Though the law does not specifically address domestic violence, a charge of general assault carries a sentence of two to five years and a fine of up to 300,000 Guinean francs (approximately $33). Though grounds for divorce, the U.S. State Department has found that police rarely intervene in instances of domestic violence. It has also been reported that approximately 96 percent of Guinean women and girls have undergone female genital mutilation or cutting.

Key international actors such as the European Union, the United Nations Peacebuilding Commission and the International Criminal Court have undertaken efforts to strengthen judicial reforms, support security sector reform and engage national authorities on progress in investigations into state-sponsored violence. In its 2017 World Report, Human Rights Watch asserts that there must be more international pressure put on the Guinean government from these international actors in order for there to be lasting improvements made on human rights in Guinea. 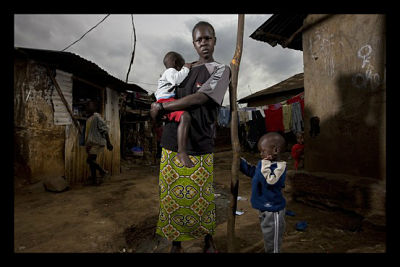 Does aid hurt Africa? When considering foreign aid in developing countries, the perspective of those receiving the aid is very often overlooked. The focus tends to be on those developed countries that give aid: why they should give aid, how they should give aid, and where it is most needed. This focus entirely disregards the attitudes and concerns of those receiving aid, government leaders and citizens alike. Discovering more on this perspective could in fact be key to assisting these nations in the most effective way possible.

According to Thompson Ayodele and other experts, Africans are for the most part skeptical about many of the initiatives put forward by western donors and international organizations. This skepticism is founded in the fact that many multibillion-dollar initiatives put in place by the United Nations have “fizzled” and left the African continent with small percentages of economic growth. In 2005, after $500 billion in foreign aid from 1960-1997 had been funneled into Africa, the budgets of some countries like Ghana and Uganda had been more than 50% aid-dependent.

It is interesting to note, however, that now in 2013, Ghana is among those countries that have met targets of the Millennium Development Goal before the 2015 deadline. The country as a whole has cut the number of hungry people by half as well as reduced to half the number of undernourished people between 1990-92 and 2010-2012. The GDP per capita has nearly doubled since 2005.

Still, there are other problems to consider other than the economic goals being achieved. David Karanja, a former Kenyan member of parliament, for example, has said that “Foreign aid has done more harm to Africa than we care to admit. It has led to a situation where Africa has failed to set its own pace and direction of development free of external interference.” The truth is that the majority of those giving aid or lobbying for aid have no experience with the reality of life in Africa or how this aid is really being put to use. Those who possess such experience should be brought to the forefront of the discussion.

A big problem that foreign assistance often encounters is corruption and the lack of transparency from governments, organizations, and corporations. This is why a commitment to transparency must be made in order to work around those who would funnel aid money away from where it is sorely needed. The important thing to take away from this differing perspective is the focus on making aid as effective as possible by creating strategies to circumvent corruption and commit to transparency in trade, taxation, and government processes. In order to assist in the most efficient way, it is imperative that we take into account the real needs and desires of those we are attempting to aid, rather than competing to see who can donate the most to the cause.

President Alpha Conde of Guinea weighs in on the topic commenting that they “do not want to live in dependence on the generosity of others when our resources can make us prosperous and strong.”

Impact of Foreign Aid on Africa and the World 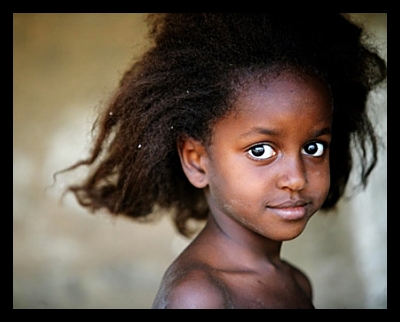 Guinea is a country rich in resources. It is a place where bauxite, diamonds, iron ore, copper, uranium, nickel and gold all can be found in abundance.

Yet it remains one of the top ten poorest countries in the world. Infant mortality in Guinea is very high while the standards for education remain very low. Locals sift through murky water in hopes of striking it big by finding important minerals. Poverty in Guinea is rampant.

So why is there such a stark contrast? Many point to corruption. Large international corporations have flooded the country to mine the natural resources. Guineans, unequipped and unable to mine on their own, are being cut out of this beneficial operation.

Guinean President Alpha Conde aims to correct this corruption by making his people more involved in the mining sector. The first democratically elected president notes that the corruption of Guinea faces is structurally woven into the way business is handled.

“Contracts aren’t signed on the basis of the capability to deliver but on the size of the bribe that goes with it. Corruption is the essence of the contract,” Conde said.

Conde and Guinea have requested that the G8 intervene in monitoring the financial transactions of the shell companies in the country. A grand jury in the United States has recently been listening to testimony regarding the corruption in Guinea.